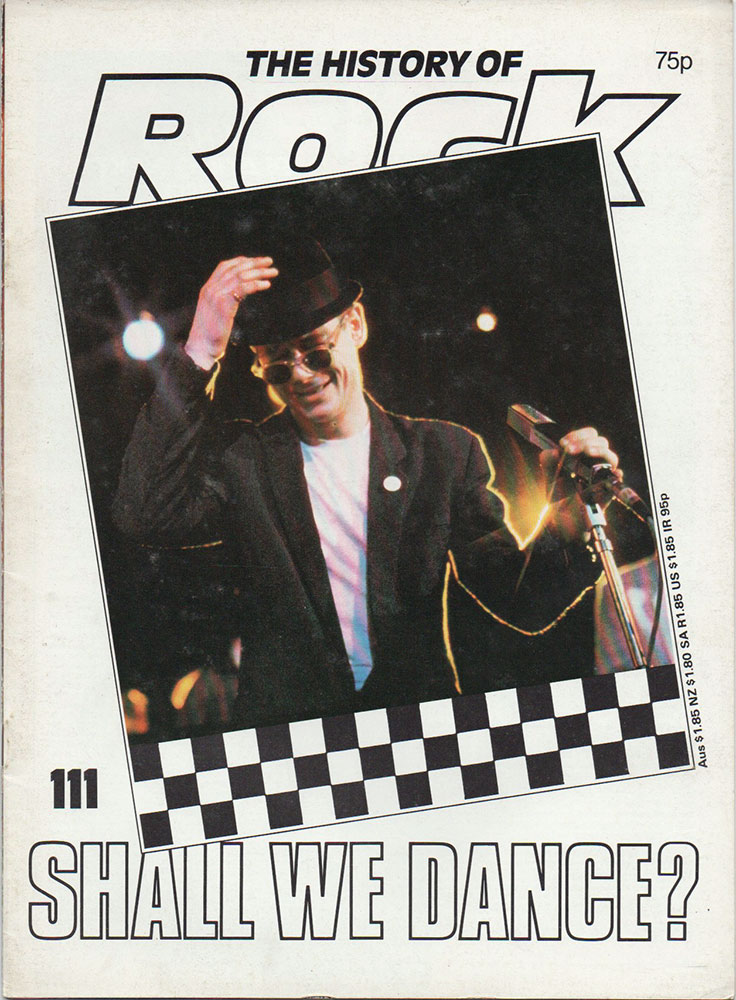 By 1984 it was a brave publisher who would have dared invest money in a 2 Tone project. 2 Tone was already a distant memory for most, as 1983's This Are Two Tone compilation had proved. As good as the collection of tracks was the album barely registered in the national charts, something a few years previous would have been unthinkable. However, with the safety net of a series of magazines and a belief that readers would wish to collect all issues in such a series, The History of Rock, featured a 2 Tone/Ska edition.

The magazine includes The Specials, Madness, The Beat and two of 2 Tones near misses, UB40 and Dexys Midnight Runners. The text to accompany each band is broadly accurate although for some reason the introduction suggests that Dammers was working with The Higsons and The Appolinaires during 1981.

There are very few photographs included from the period 79-81 and what is on offer instead is some decidedly suspect 80s fashions. The shots of Madness act as reminder that by 1984 the band was well and truly going down the route of a pop band. The photos of Dexys also show how far they too had moved on. By the early 80s Dexys had adopted dungarees and neck scarves, although the photograph of them performing 'Geno' does make the reader realise for their first few singles at least, that they were not that far removed from other bands on 2 Tone, in both sound and image.

Also included is a section on reggae in the UK, which traces its origins from when the early ska artists such as Laurel Aitken set up home in England to the perhaps British reggae's most popular period during the 70s, with bands such as Steel Pulse and Misty in Roots. UB40 also get a favourable write up, although by 1984 the band were well and truly on their way to becoming reggae's answer to Status Quo.