We Play Ska | Children Of The Night | 2 Tone Records

Children Of The Night 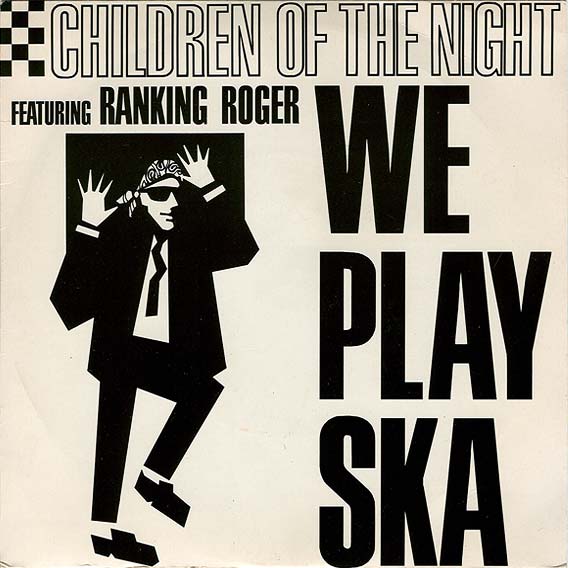 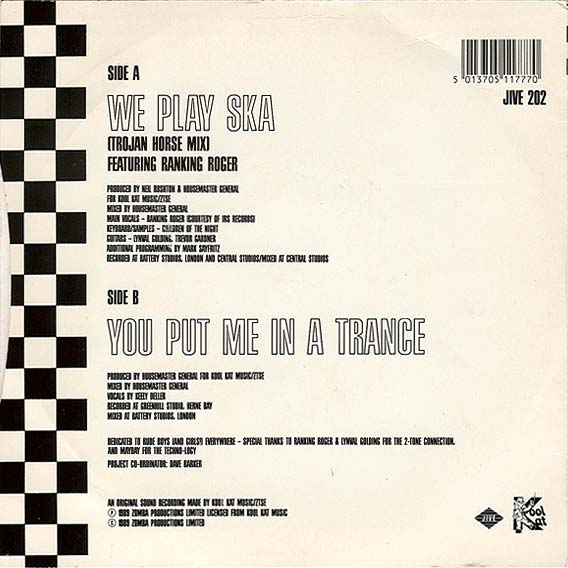 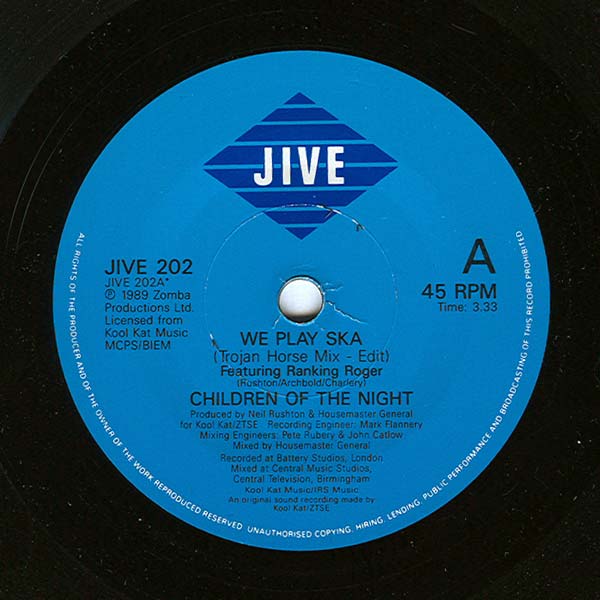 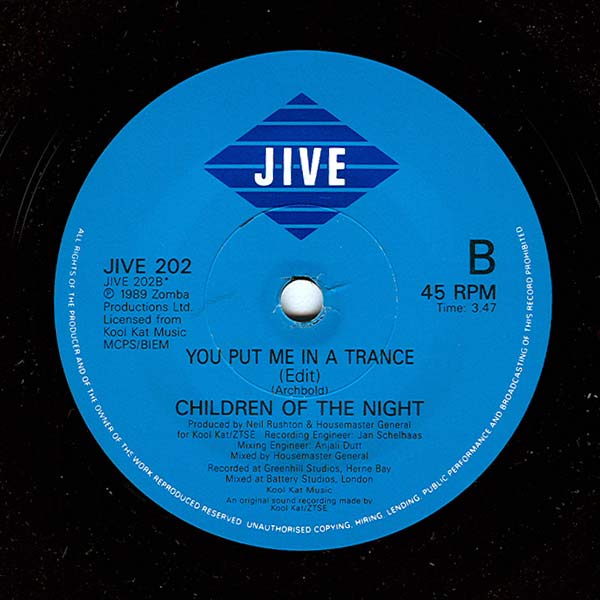 Side 1
We Play Ska

Side 2
You Put Me In A Trance

Yet another dodgy 2 Tone clone sleeve, this time from 1989 with Ranking Roger amd Lynval Golding guesting.

This track was one of a number of records released in the late 80s which attempted to fuse together ska and acid house, hence Walt wearing a bandana. Most were lacking musically to put it mildly and this one is no exception. As bad the music was, it wasn't as crass as the name used to describe this fusion of sounds: ska-cid.