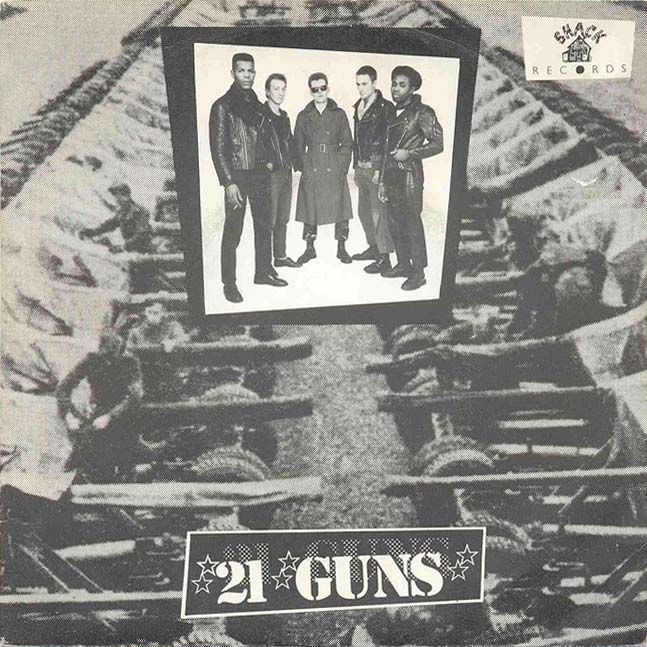 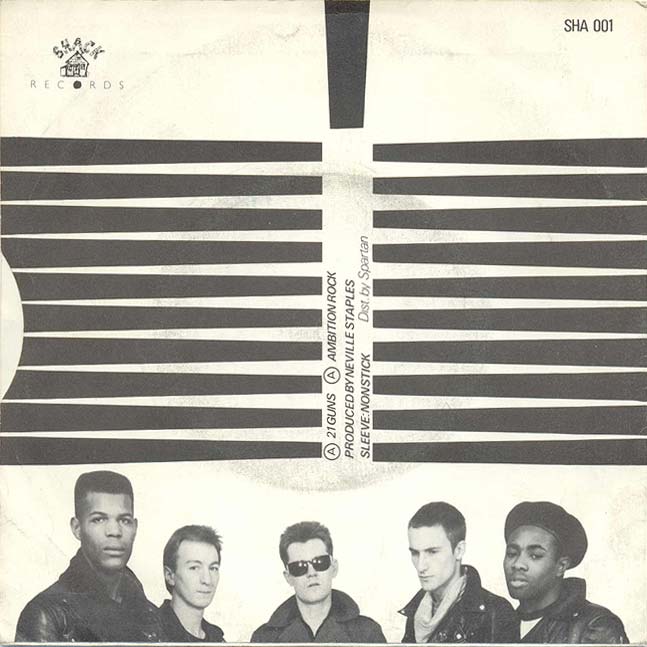 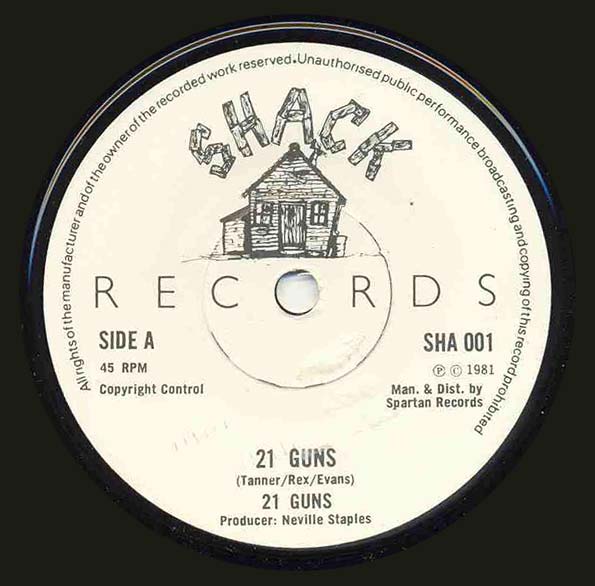 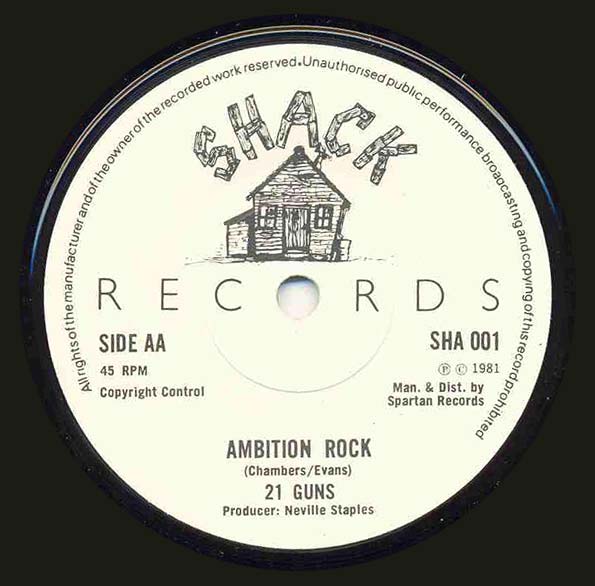 The first release on Neville Staple's Shack Records label, which he set up during The Specials.

21 Guns were a reggae-influenced outfit formed by Trevor Evans and Johnny Rex, both members of The Specials road crew. This, the band's one and only single, was one of 3 releases on Shack Records. Neville formed the label with his then girlfriend and ex-Bodysnatcher, Stella Barker, but despite the best of intentions of all those involved the single, along with all the other releases on the label, failed to sell in significant quantities and the band soon folded.

Trevor Evans (far left on sleeve) was photographed on numerous occasions with the band and even made a few brief television appearances; most notably he was filmed trying to restore some sort of order to the stage during the Rock Goes to College broadcast. He also appears in the latter part of the BBC Arena documentary, where everyone is crammed in to the tiny room which passed for the 2 Tone headquarters, for an impromptu party influenced by the numerous cans of larger and those strange cigarettes which Neville was seen rolling throughout the programme.