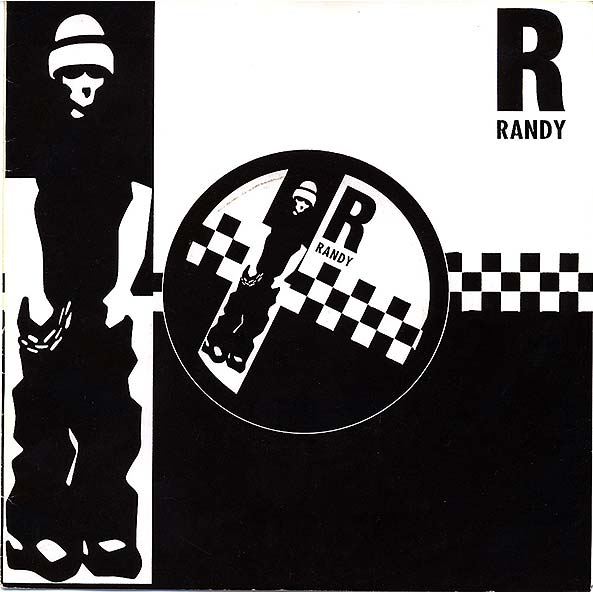 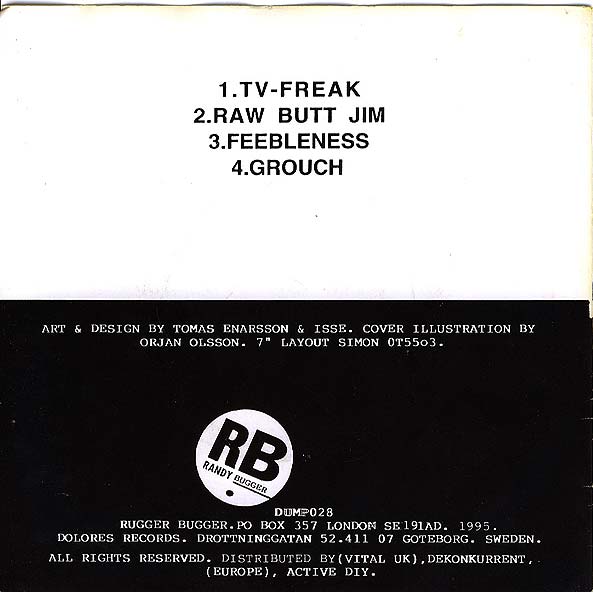 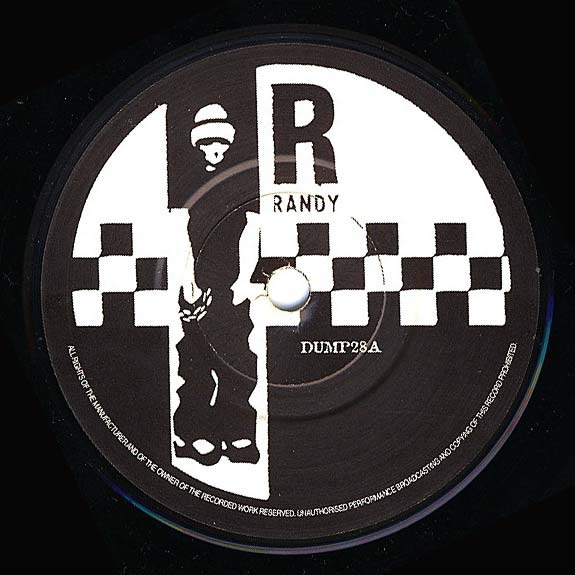 Another 2 Tone clone sleeve, this time from Sweden. We received to sets of scans for this, of slightly varying items, the one shown here is a 7" vinyl from 1995 and was sent in courtesy of Sven Waide.

The other, a CD from 1994 and with two more tracks (Trepidated Oaf & The Pigs Are Not Dead) was sent in by Gabriel Hirsch who told us: The Randy EP is a cd-release. It was recorded in 1994 and released by the Swedish record company Dolores Records. Randy have released a lot of records since then, but only punk records. The official website for the band is: http://www.randytheband.com/