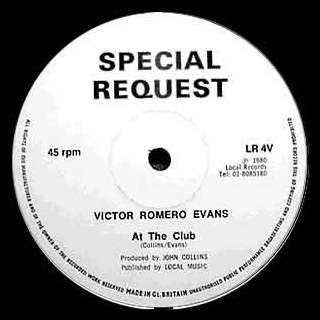 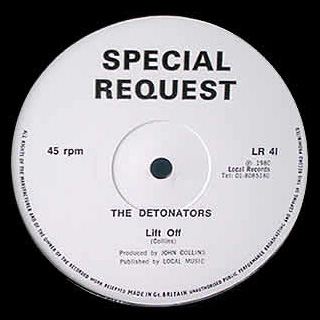 Side 1
At The Club

Side 2
Lift Off (The Detonators)

Writer/Producer John Collins was drafted in to produce 2 Tone's finest moment, Ghost Town, after Jerry Dammers lauded his production on Victor Romero Evans' 'At The Club', and voted it his favourite record of the year.

You might be interested to know that John Peel played two tracks off my first record: the "Need Love Tonight" EP by The Detonators released in 1978.

I just approached him in the reception of Broadcasting House expecting to be thrown out at any second. He was very supportive, just like all the stories you hear about him. When "At The Club" came along, I tried the same thing. After listening to it he told me that he didn't think it was right for his programme but he would pass some copies round to some other Radio One DJs.

This is how it got to be played on Radio One's "Round Table" programme. It was number one in the Black Echoes Reggae chart at the time and the jury was complementary. It was just days after that I got the call from Jerry Dammers.

At The Club can still be purchased directly from John at his website www.localrecords.com