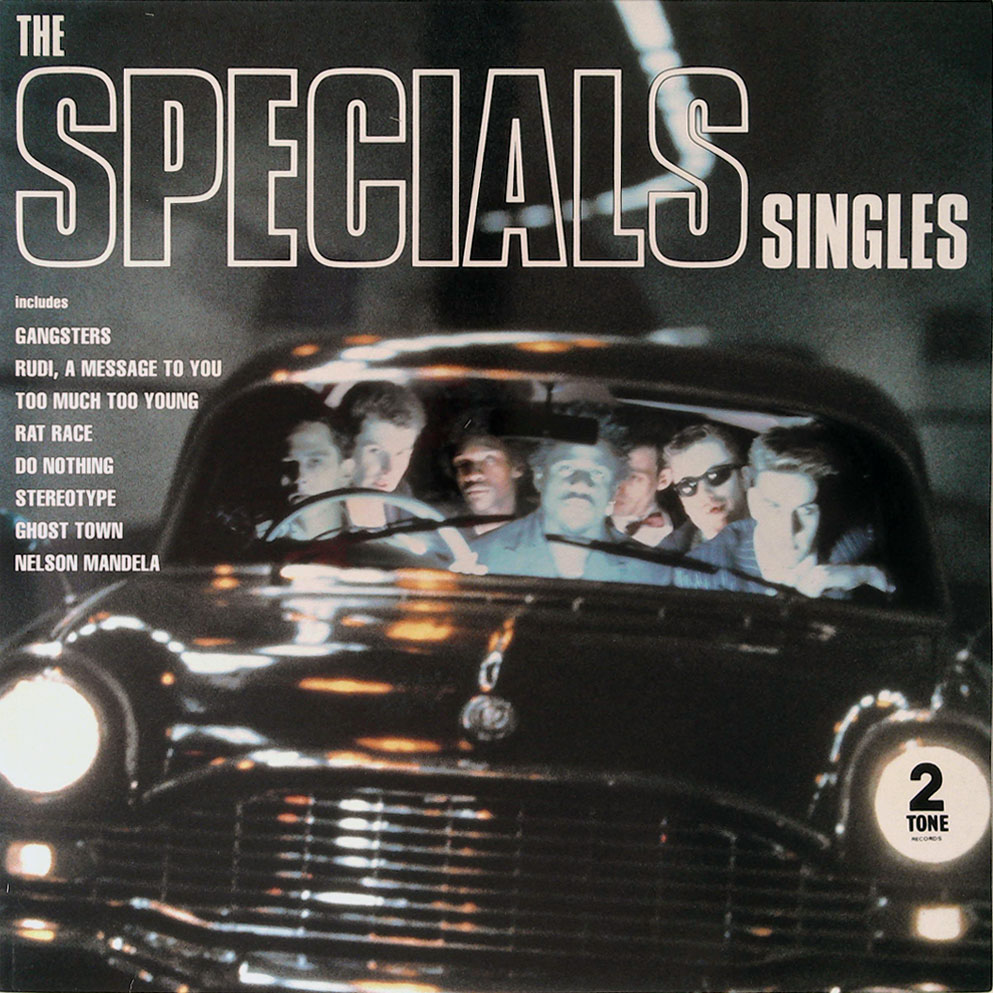 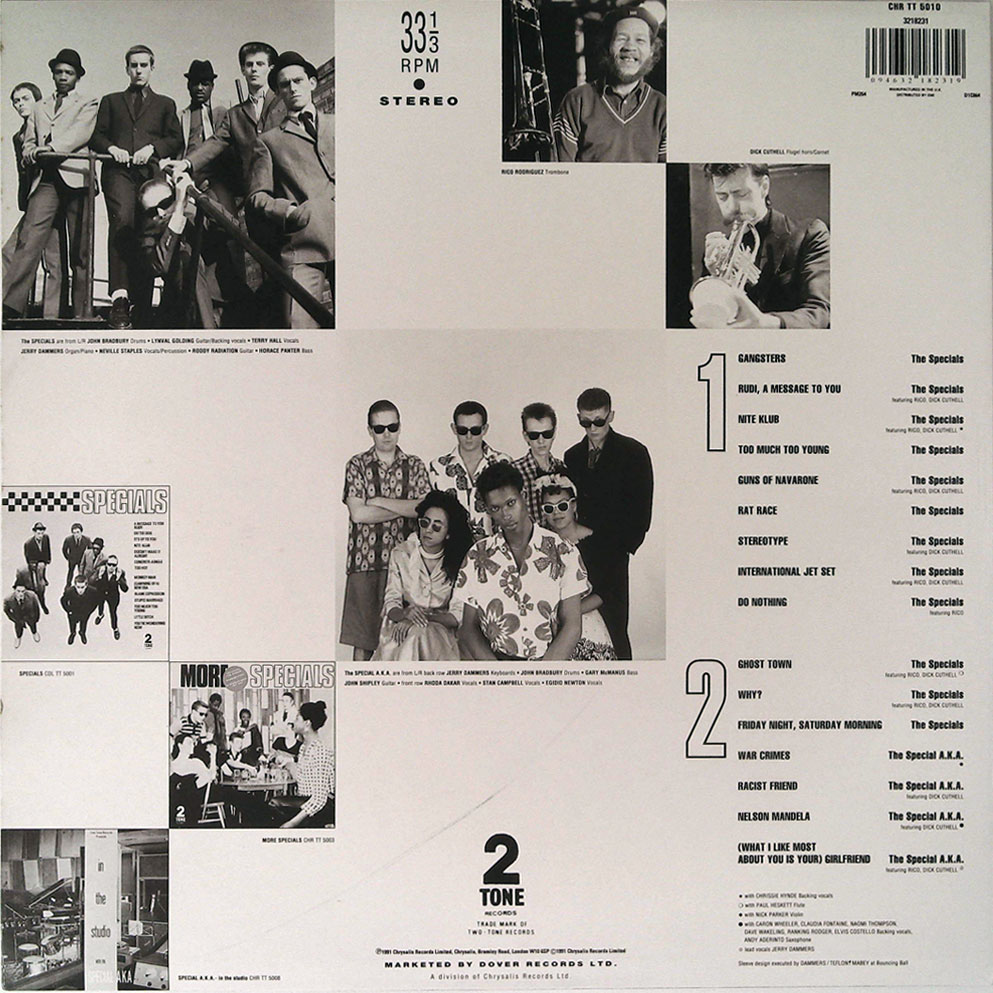 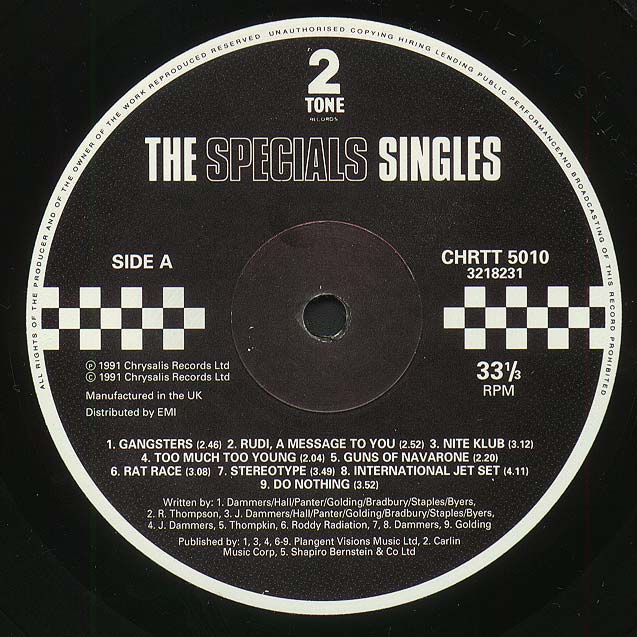 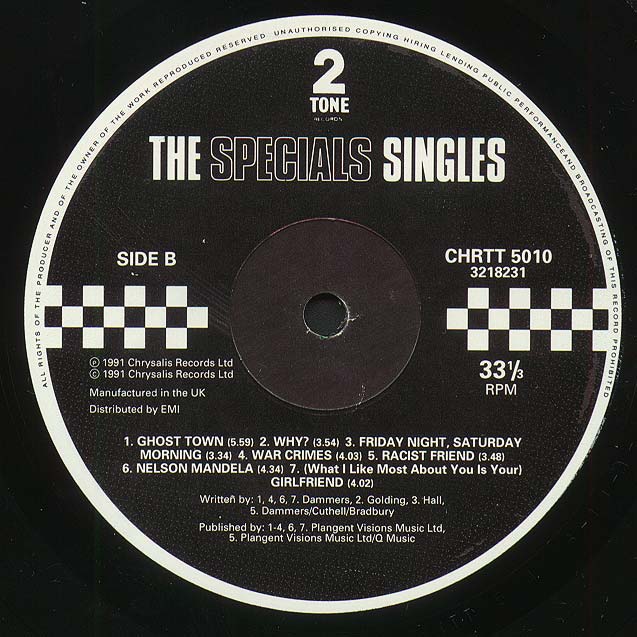 Side 1
Gangsters
Rudi, A Message To You
Nite Klub
Too Much Too Young
Guns Of Navarone
Rat Race
Stereotype
International Jet Set
Do Nothing

Side 2
Ghost Town
Why?
Friday Night, Saturday Morning
War Crimes
Racist Friend
Nelson Mandela
(What I Like Most About You Is Your) Girlfriend 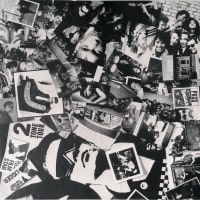 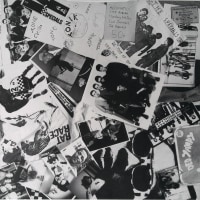 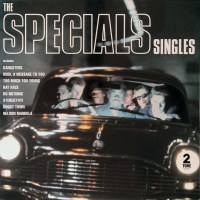 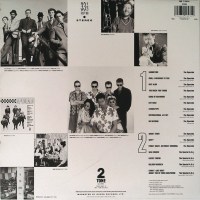 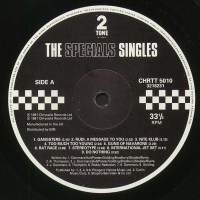 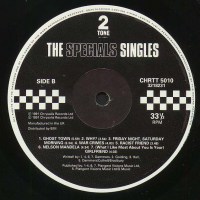 Released shortly after the US Specials Singles Collection and Specials VHS, This was a more sensible compilation than it's American counterpart.

Better still would have been not to fuse the two very distinct bands into one collection, but no surprises there really. Pretty much covering the two bands output in chronological order, 'A Message To You, Rudy' has become 'Rudi, A Message To You', and 'Skinhead Symphony', 'Rude Boys Outa Jail', 'Maggie's Farm', 'Bright Lights', 'Break Down The Door' & 'Can't Get A Break' were the flip sides that drew the short straws, and were dropped from the compilation.

The inner sleeve has a nice collage of 2 Tone odds & ends, including some rough draft pencil drawings of the label design.

My main gripe with the compilation is the remaster/mix of Do Nothing, which is the same recording as the single release, but with a different sound on the vocals, it sounds like they're singing in another room. Bizarrely, this mix also found it's way onto the US counterpart and ruins a play-through of the album for some.

The Specials Video compilation that preceded this release, was reissued with the same catalogue number but a new sleeve to tie it in with the promotional campaign for Specials Singles. 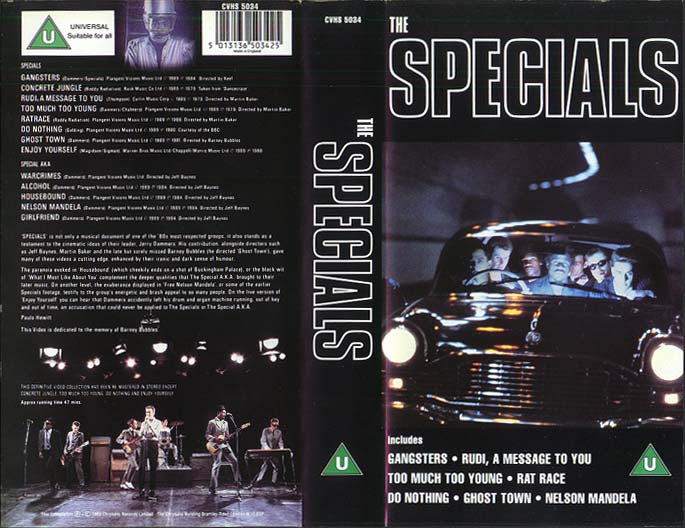 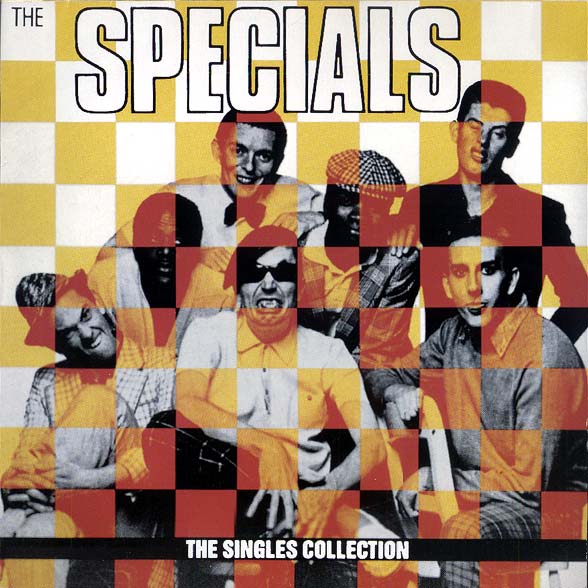 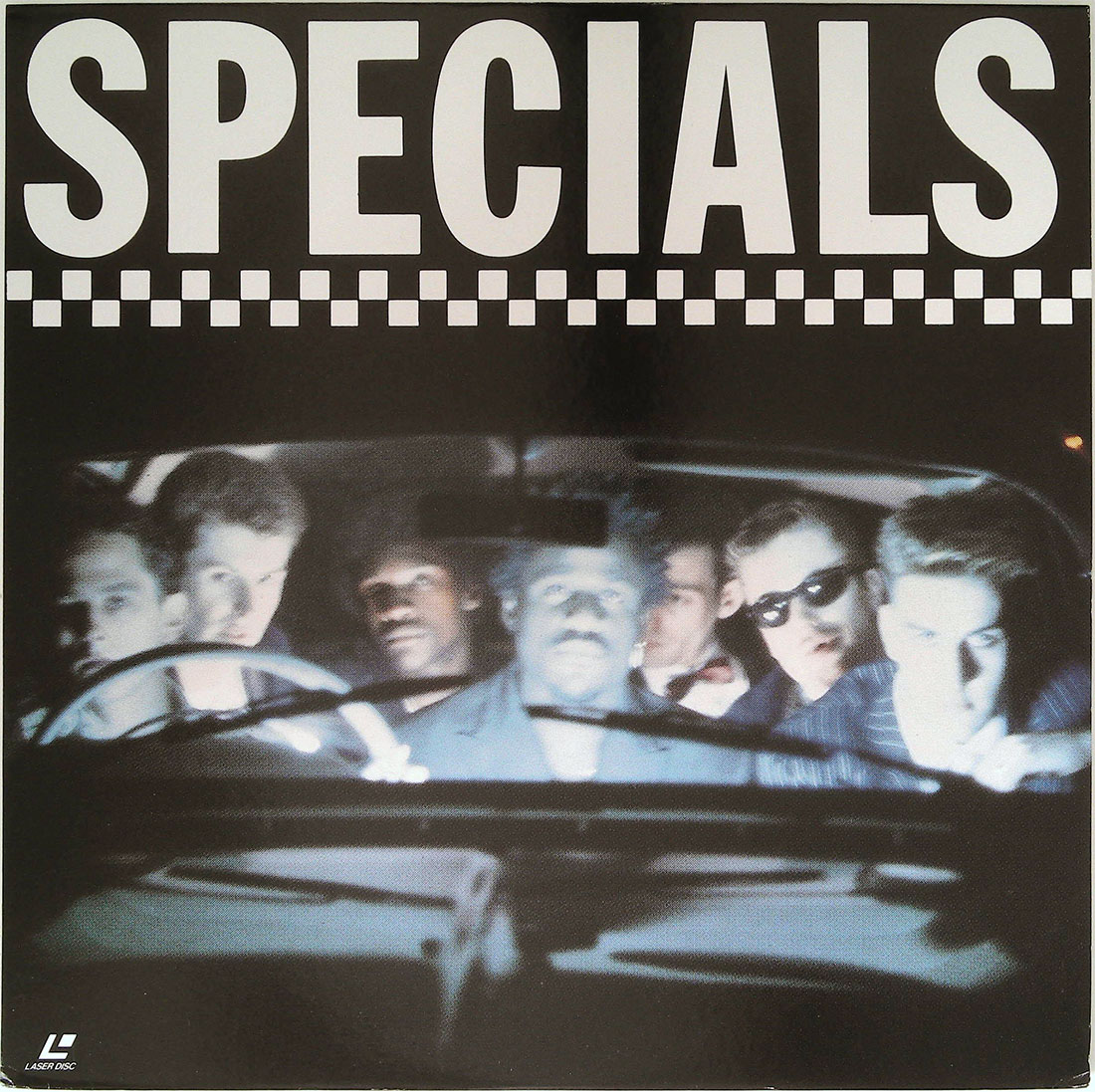