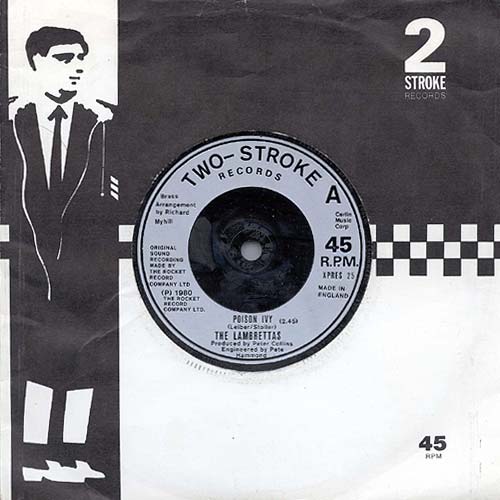 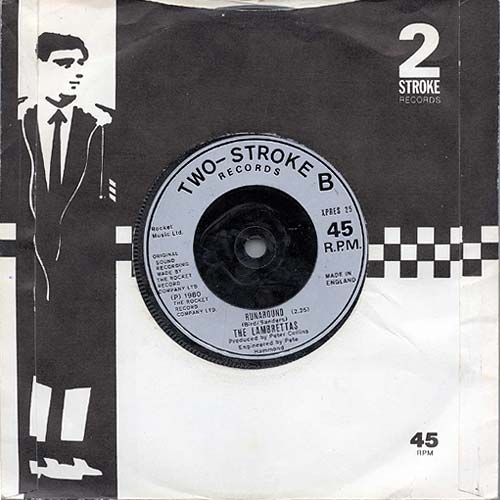 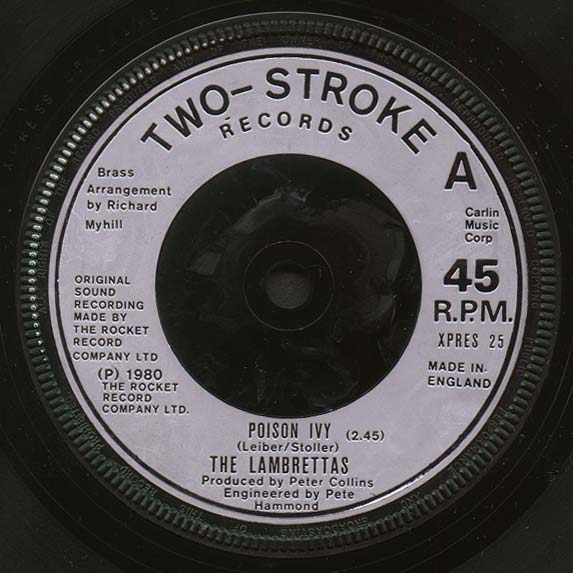 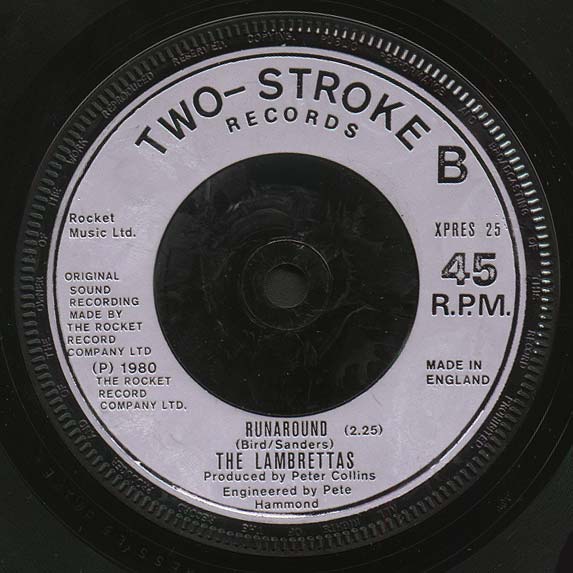 Released at a time when the nation seemed to be going Two Tone mad, this single by The Lambrettas did little for their reputation among the mod faithful who had accused the band of jumping on what was quickly becoming a mod bandwagon even before its release. The track was written by the famous duo of Lieber and Stoller and originally recorded by The Coasters in 1959. The Lambrettas version stayed faithful to the original but added a definite ska injection. The later copies of the single dropped the 2 Stroke/2 Tone image and were pressed as normal on Rocket Records which was owned by Elton John of all people.

The band went on to have minor chart success with the singles 'Da-a-ance' and 'Another Day (Another Girl)'. They also released 2 albums 'Beat Boys in A Jet Age' and 'Ambience' but by then the mod revival scene was fading and the band split in 1982.