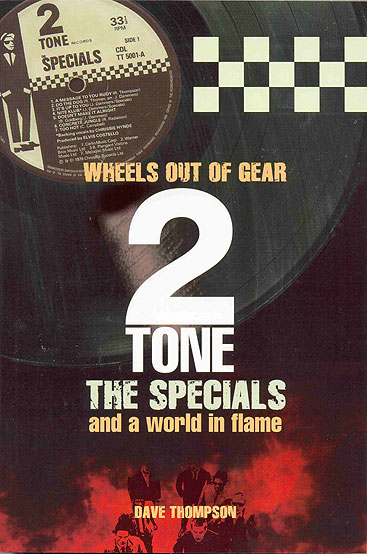 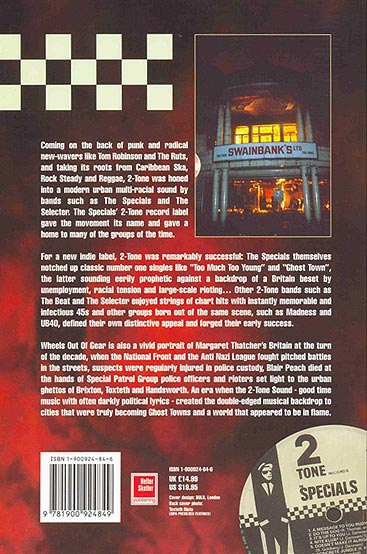 Dave Thompson's attempt to re-tell the rise of 2 Tone against the politics of the time is an example of an author failing to hit the mark. His account of the rise of 2 Tone is very basic indeed and offers the reader absolutely nothing new. Even the rather bland photographs, and what appears to be a very random selection of record sleeves, do nothing to add to the books appeal. It's obvious that the author had limited contact with ex band members while writing this book, which only adds to the over all feeling of disappointment. With such a title and cover, it's only reasonable to expect a much more in-depth account of the label.

The politics of the time are dealt with in a much more engaging manner. The book recalls the period of the mid 70s when votes for the Far Right were measured in tens of thousands and how the social and economic divisions of the time produced a fertile recruiting ground for Far Right groups. The rise of the Rock Against Racism organisation is also dealt with, as are most of the artists who played under that banner, such as Steel Pulse, The Ruts and Tom Robinson.

Sections of the book also deal with the rise of Oi! and the Mod revival, none of which are dealt with in enough detail to hold the reader's attention. With so much crammed into the book it is obvious that something was going to suffer and that something is the book itself. The way in which the book has been written and edited makes for a very disjointed history of both 2 Tone and the politics of the time.