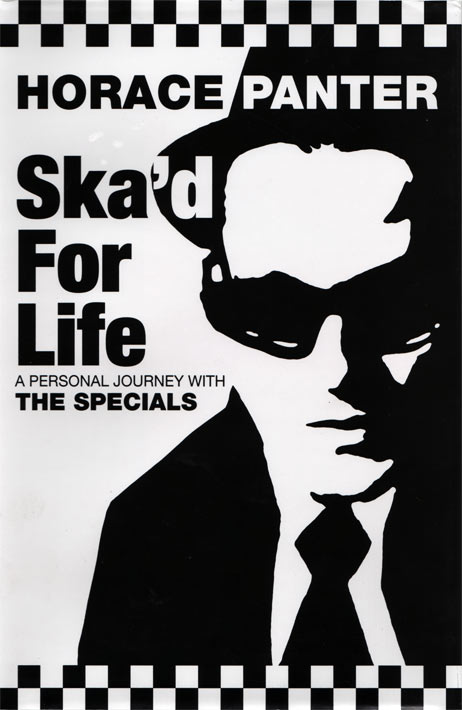 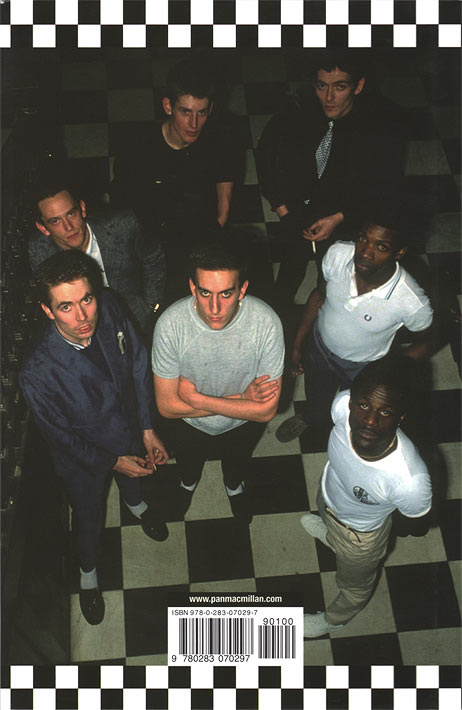 A Personal Journey With The Specials

The story of the rise and fall of The Specials is one which has become almost routine over the years. The music press and media seem content to ask the same questions of the same select few. While most fans are always eager to hear the story straight from those involved, the problem is that over the years it's become sadly all too familiar. What has been needed is some input from those who had either been previously kept out of the loop or had maintained a low profile over the years. Step forward Sir Horace Gentleman Panter or Stephen Graham Panter as he is known to his mother and those at the Passport Office. Horace has become the first Special to publish a book about his time with the band and the result is not only some much needed fresh insights into the workings of the band, but a highly entertaining piece of work which will surely become something of an essential purchase among fans.

Written in an easy-going, almost conversational style, the book recalls Horace's childhood in Kettering and subsequent move to Coventry, where he would cross paths with some of those who would, a few years later, become part of the phenomenon that was 2 Tone; most notably a fellow art school student by the name of Jerry Dammers. The early days of the Specials in their different guises as The Hybrids and Automatics are retold in their full glory, with all the usual ups and downs of a struggling band. The band's legendary nightmare trip to Paris is also retold via a letter which Horace had published in Chartbusters magazine.

There are some hilarious tales of rock'n'roll excess and life on the road, which are of almost Spinal Tap proportions (a 2 Tone cocaine mirror, anyone?). Tales of sex, drugs, injured roadies, collapsing stages, trashed dressing rooms and pubic lice are all included. Although the donation of a pair of sweaty under pants to an eager fan in Ireland is perhaps something that would have been better kept out of the public domain. Something else, which was kept under wraps over the years, is the 'Barnsley Bill' episode. It will no doubt intrigue and horrify fans in equal amounts.

On a serious note there is the tragic story of how the mother of Specials fan had requested a few lines of support from the band for her seriously injured son. Horace recalls that at the time he, along with the rest of the band, was so deeply embroiled in the trails and tribulations of recording the bands second album, that it took him several weeks before he was able to reply, by which time the young lad had died. Not surprisingly, it affected Horace deeply and he admits that the retelling of the story in this book is the first time any other members of the band will have been made aware of what had happened. The incident made Horace re-consider what exactly his priorities in life should be and also led to him becoming involved with the Exegesis Programme (a group which operates along similar lines of the Church of Scientology). He also sets the record straight about the claims that was donating a large proportion of his income to the group.

Reprinted in the book are extracts from Horace's personal diaries of the time. These recount on a day-to-day basis the band's tours of both America and Japan. While they do slightly distract from the overall tempo of the book they give a welcome insight into what life was like on the road during those heady days. The tour of America took is toll both mentally and physically on Horace, while the tour of Japan seemed to be an altogether much more civilised affair.

Despite Horace's upbeat account of his time with the Specials at their peak there is no escaping the dire atmosphere that surrounded the band as it began to fall apart. Just prior to the Fun Boy Three split Horace sums up the atmosphere among band members as being a case of 'those who knew it was the end, some of us wished it was the end; some of us just didn't seem to care'. Working with Dammers after the split is recalled as being akin to 'attending a funeral every day of the week'. For Horace it was all too much. The only choice he had was to leave, in order to preserve his own sanity if nothing else.

As good as this book is, even Horace admits that a book by Dammers is the book that we are all waiting for. Until that time this will more than fill the gap.