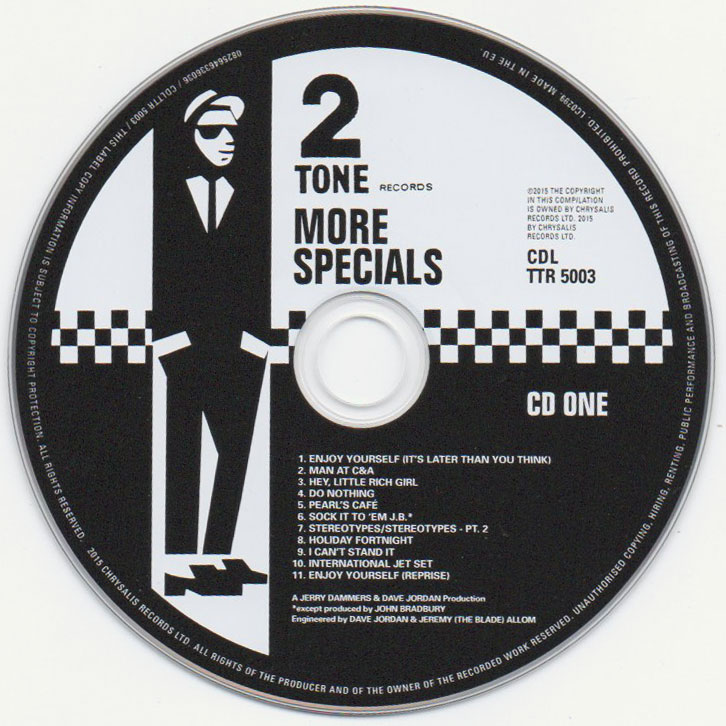 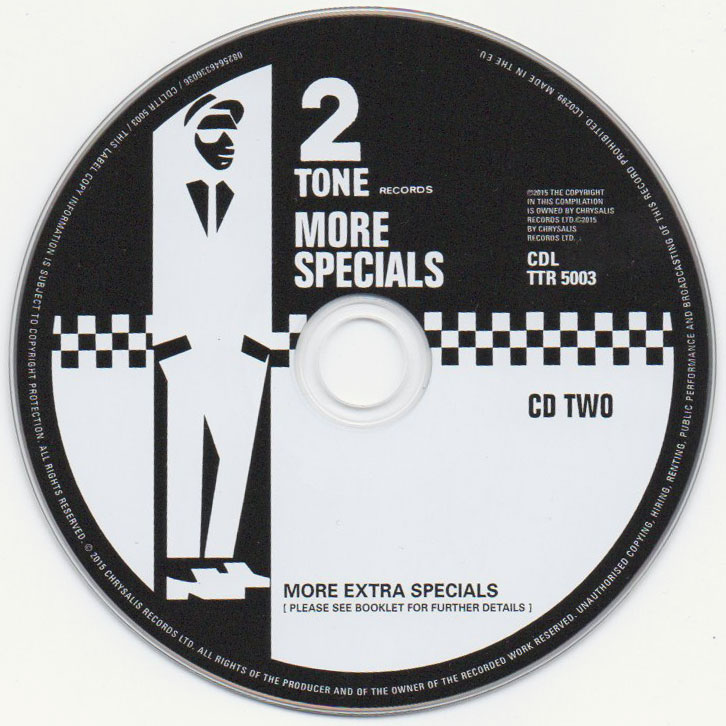 Disc 1
Enjoy Yourself (It's Later Than You Think)
Man At C&A
Hey, Little Rich Girl
Do Nothing
Pearl's Cafe
Sock It To 'Em J.B.
Stereotypes/Stereotypes - Pt. 2
Holiday Fortnight
I Can't Stand It
International Jet Set
Enjoy Yourself (Reprise)

To really appreciate this special edition you need to hold it in your hand. The attention to detail on the artwork is second to none (even including the nicked C!). Then there are the previously unreleased photos from the original album sleeve session, a double-open gatefold sleeve, a booklet with more Chalkie Davies photos and liner notes from Lois Wilson. There's the extra CD with BBC sessions and single versions not on the album (though not the single version of Stereotype or Roddy's Braggin' oddly enough) and if that's not sufficient the album has been digitally remastered to boot!

Chalkie Davies is the main mover behind these releases (Specials & In The Studio were also released as Special Editions) and deserves much credit for the quality and detail of these very special editions.