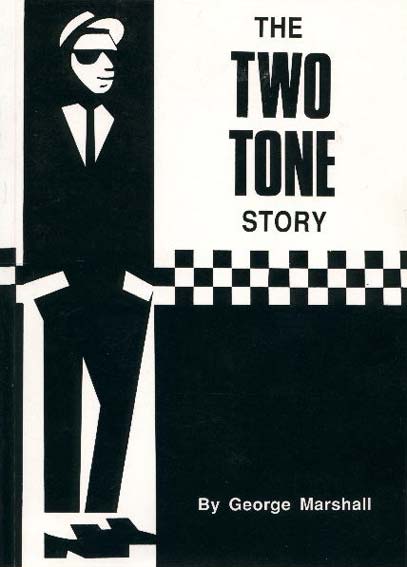 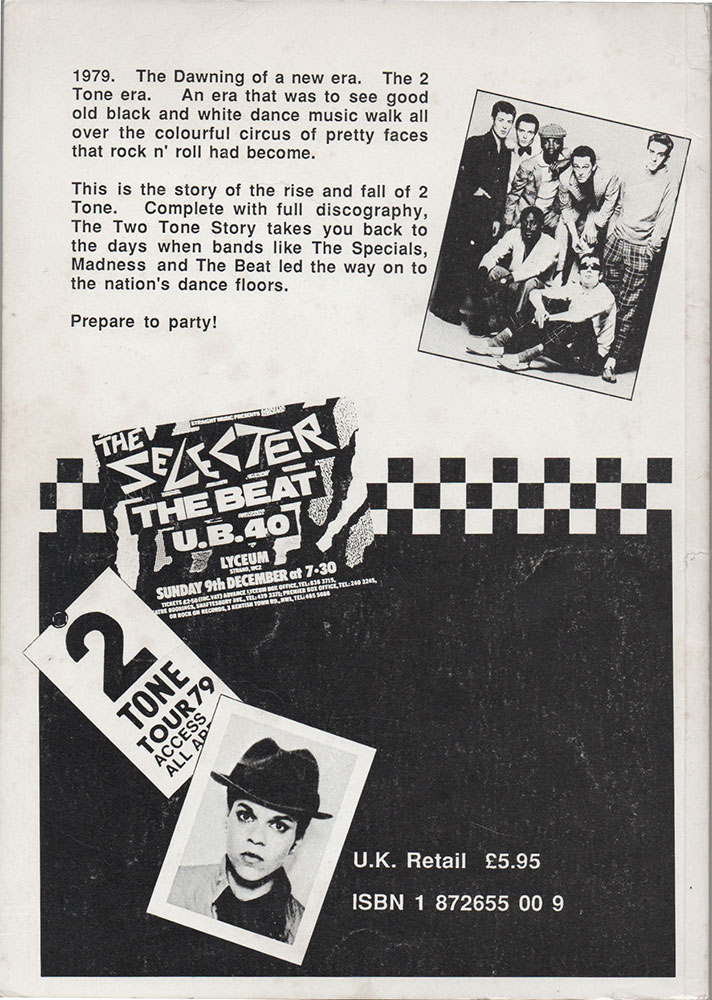 The Two Tone Story is surely the best known and definitive publication on the label in existence. George Marshall and his ST Publishing house, with titles such as Zoot, Skinhead Times and Pulped, has written and published books which offer excellent insights into both the label and associated bands.

In addition to an excellent telling of the label's story, the book includes many photo's, gig ads, a discography and some nice promotional artwork for various releases.

The book was first appeared as a 32 page A5 effort in 1987 through the authors Zoot fanzine. In 1990 the book was expanded upon and printed commercially in A4 format, again via Zoot. In 1993 the book was reproduced yet again as part of the Compact 2 Tone Story. Although the author was obviously delighted to have his work included in an official 2 Tone release, Dammers was less than impressed with the concept of the box set and was quite dismissive of the whole project.

The book was subsequently published in a smaller square format but has been out of print for some time.