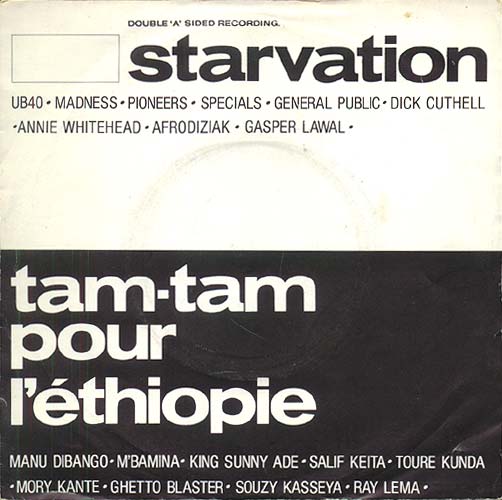 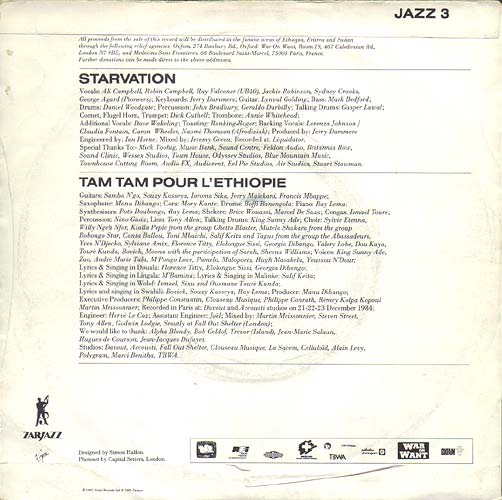 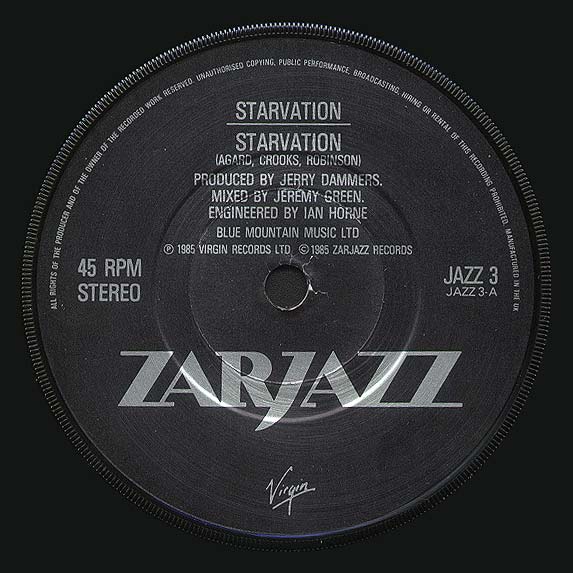 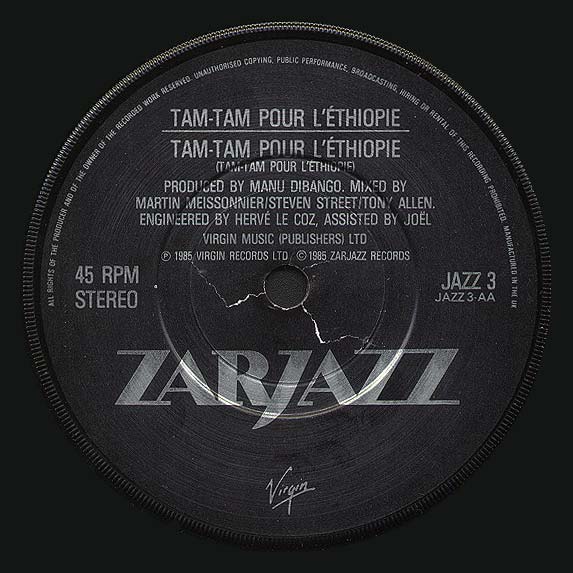 This single was released in 1985 in a bid to raise money for the victims of famine and war in Ethiopia and was actually conceived before the Band Aid project of Christmas 1984. However, arranging studio time to accommodate artists recording and touring schedules proved difficult and as a result the single wasn't released until a few months after Band Aid. The concept of reggae and ska artists releasing a charity record was actually nothing new. Judge Dread had released a Clancy Eccles track, Molly, in 1973 for Oxfam with the intention of rasing funds for Ethiopia but because of his reputation for 'rudeness' it was banned from the air waves even though there was nothing offensive in the songs contents.

The idea of Starvation came about when a Madness fan walked into their Liquidator Studios after watching one of the first television documentaries about the plight of famine victims in Ethiopia. He suggested that Madness should cover the old Pioneers track Starvation and so impressed were they with the idea that they thought they should involve Jerry Dammers. One thing lead to another and soon a total of 21 people were involved amongst whom were ex-Specials, members of General Public in the shape of Dave Wakeling and Ranking Roger, 3 members of UB40 and The Pioneers themselves. It is also reported that it was the first time Madness drummer Woody, realised who actually wrote Starvation and the bands other classic Longshot Kick The Bucket!.

Given the media attention surrounding the Band Aid project it was inevitable that this release would struggle in its shadow and this was reflected in a chart position of 33. Still it proved that there were at least some who still appreciated the days when ska/reggae could take the charts by storm.