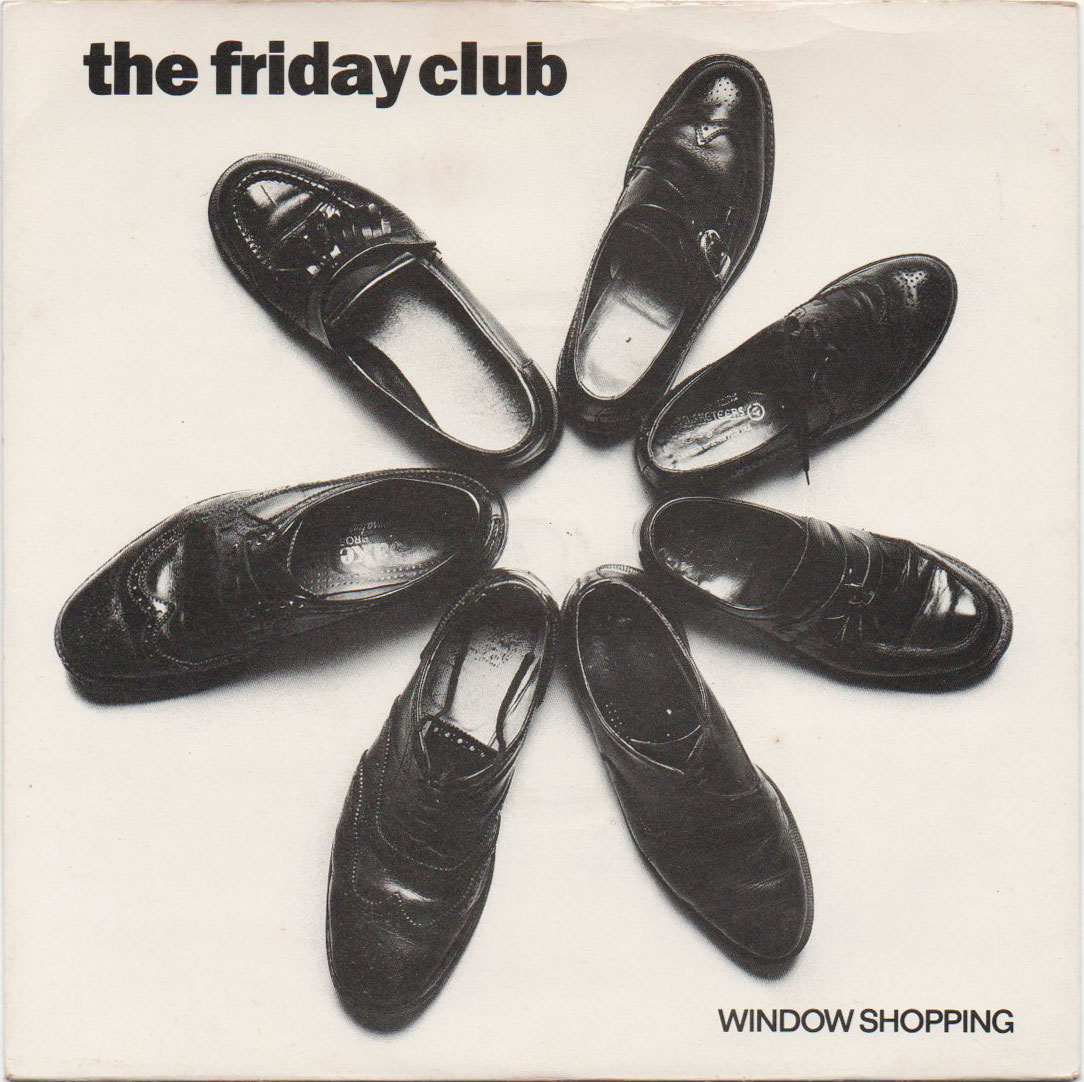 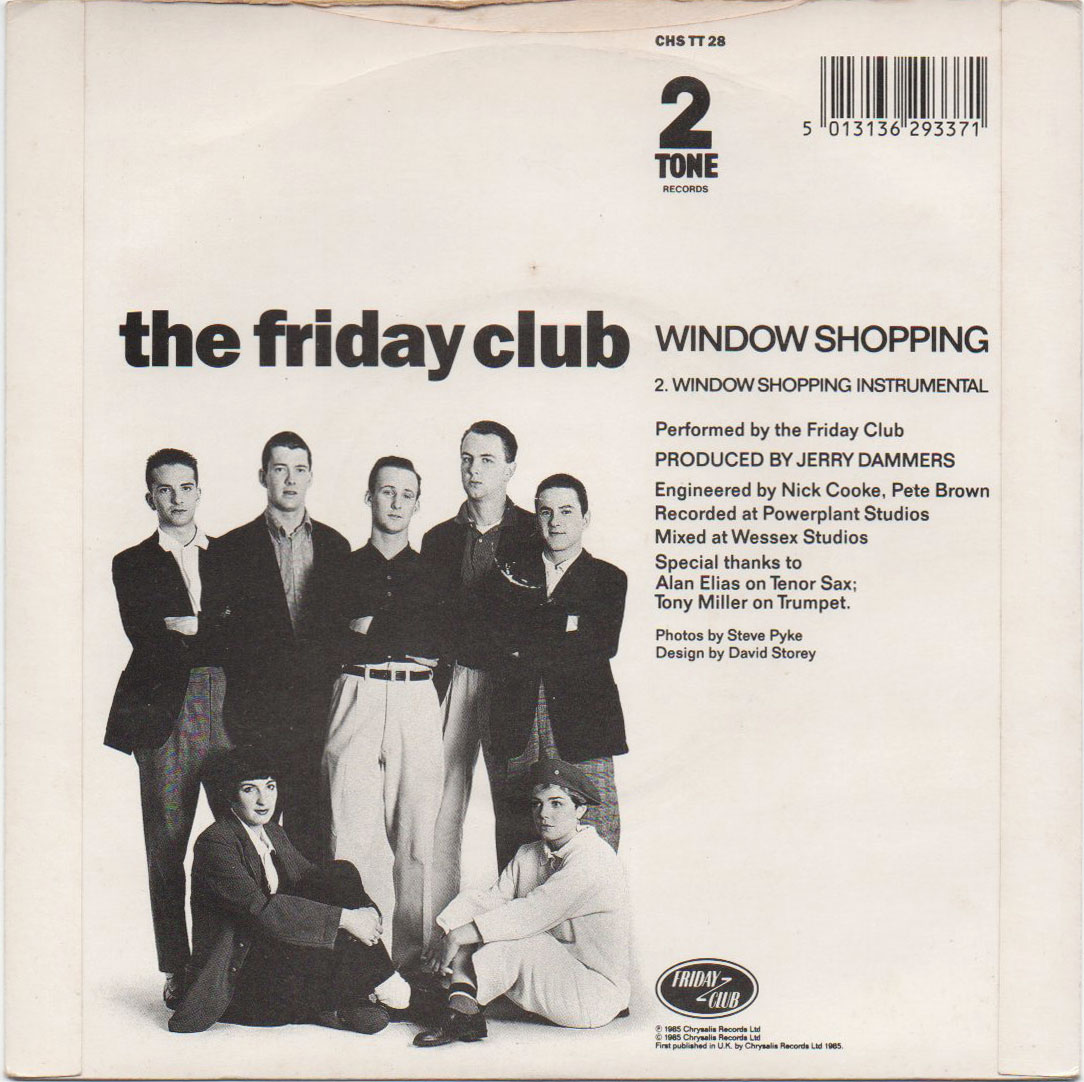 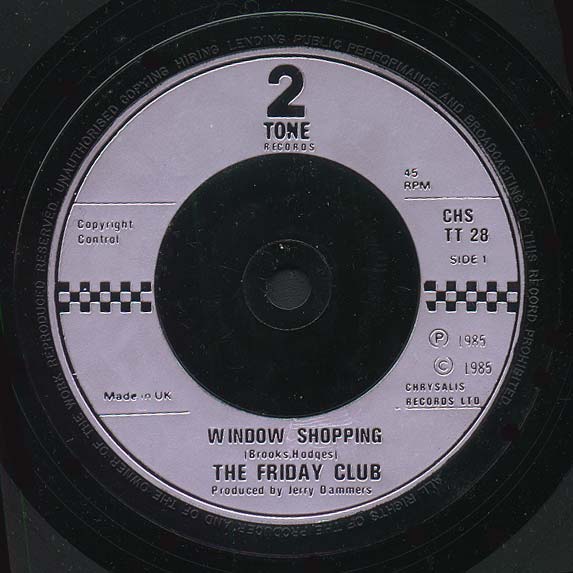 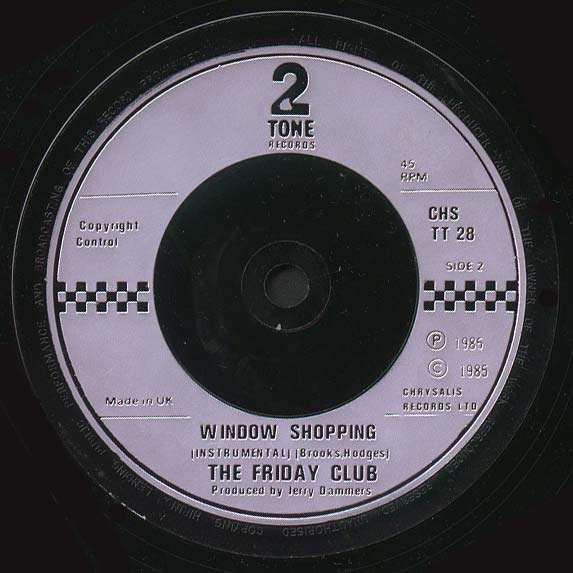 The band was called The Friday Club as we had all met and formed friendships in the early eighties, on the big night out in Scarborough at that time - Friday night.

The common ground between us all was that we we're the local misfits, Scarborough was very tribal at that time (Punks, Goths, Mods, Soulies, Rockers) - none of us fell into any of the accepted categories - we bonded together very quickly.

We collectively moved to London in 1984, to seek our fame and fortune. We played lots of gigs mainly at illegal warehouse parties and we're touting round a demo tape.

We managed to find out where Jerry Dammers lived, which at that time was a squat in Stockwell. On the way to rehearsal one evening we dropped a tape and a flyer for a gig in his letterbox.

The next day our manager got a phone call from Jerry to say he liked the tape and he was coming to the gig.

The gig was in a pub Brixton near where he lived, and sure enough Jerry came along, I think him and his mate and the bar man we're the only people there (laughs).

He came up to me after the gig and said he'd enjoyed it and thought the songs we're really strong - but he'd "never heard a band so out of tune in his life" and laughed.

Next day he called to say he wanted to record one of our songs, he would produce and this would be released on Two Tone.

We we're absolutely over the moon, we'd all been so into Two Tone, to get a chance to release a record on this label meant more to us than any million pound record contract ever would.

We recorded the song with Jerry in September 1985 at Powerplant Studios in Willesden, and then mixed at Wessex studios in North London.

Working with Jerry in the studio was an experience to say the least, the more time I spent with him the more his genius became apparent, he is without a doubt the most gifted person I have ever met.

With some help from Jerry and his then manager Pete Hadfield we managed to secure the support slot on the Madness 'Mad Not Mad' tour which was 28 dates in October and November 1985 - the Two Tone tie in was apparent to all involved.

The single was in fact the last thing ever recoded for the Two Tone label, JB's All Stars - Alphabet Army was recorded before Window Shopping, but not released until after. Window Shopping was rush released to take advantage of the Madness Tour support slot, this was a Chrysalis decision and not a view shared by Jerry who knew that any single released by a new band that late in the year would get buried amongst the Christmas releases.

The single picked up some air play and entered the top 100 on the first week of release, Gary Crowley in particular played it a great deal, and we we're very happy when Radio One's Simon Bates put it on his breakfast show play list - he then went on holiday - and as Jerry had predicted the single got lost amongst the Christmas releases.

One of the best memories I have of the Madness tour was a gig that Jerry Dammers came along to. The warmth and respect shown to him by the guys from Madness was truly touching to witness, they clearly had not forgotten that he had kick started their career.

I am happy to say I have remained friends with Jerry right up until this day; the company I now work for installed his current recording studio. I have no reservations in saying he is my view one of the most influential figures in British popular music ever. I am still very proud to have been a part of the Two Tone family - in my opinion the coolest British record label ever. 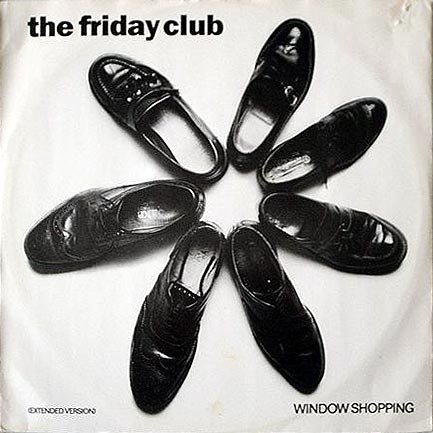