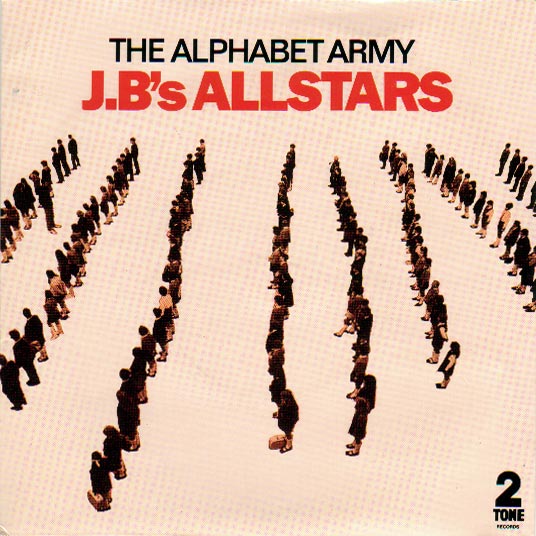 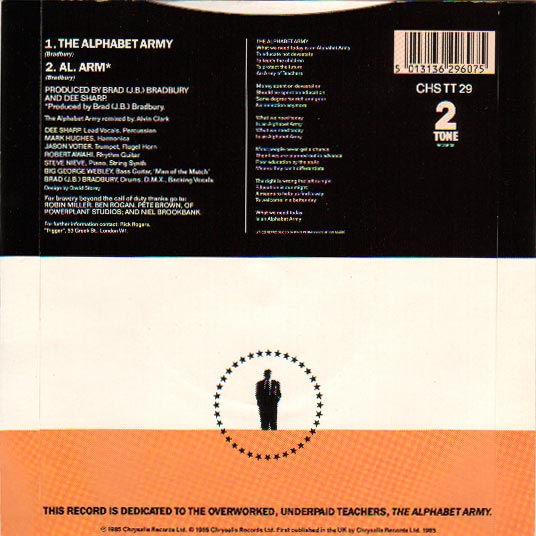 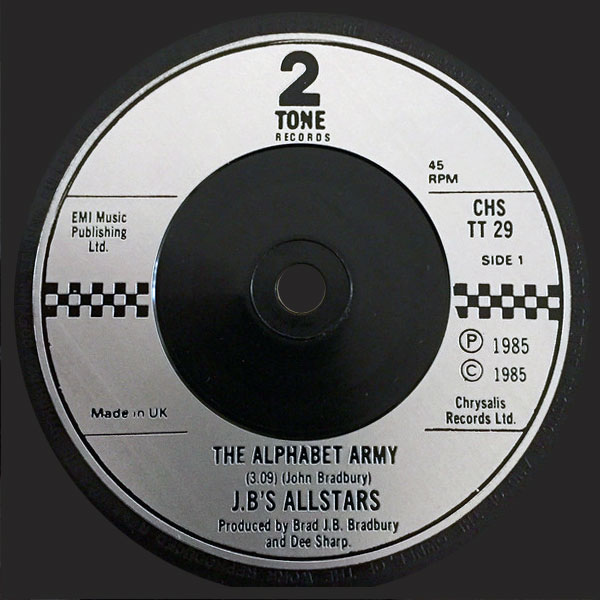 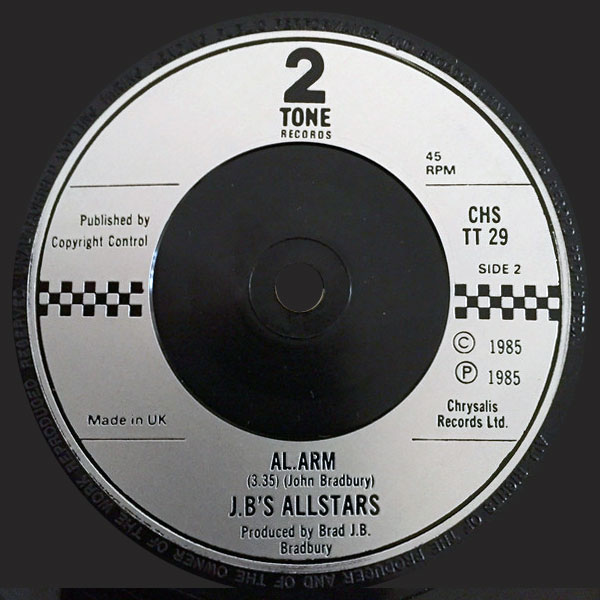 Side 1
The Alphabet Army

Prior to this release the band had released a couple of singles on RCA Victor, see JB's Allstars Artist page for more details. 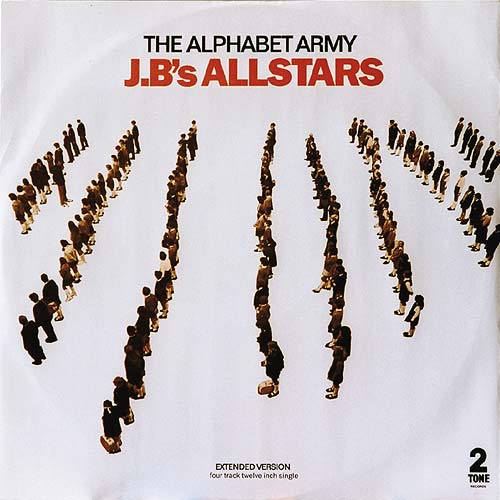 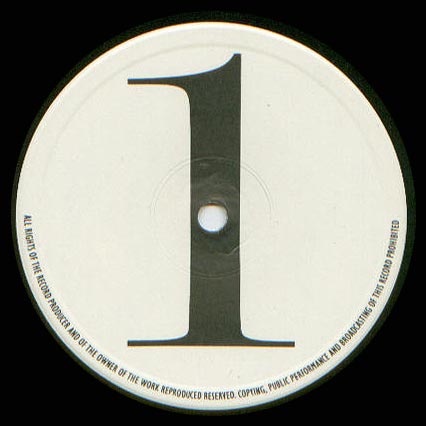