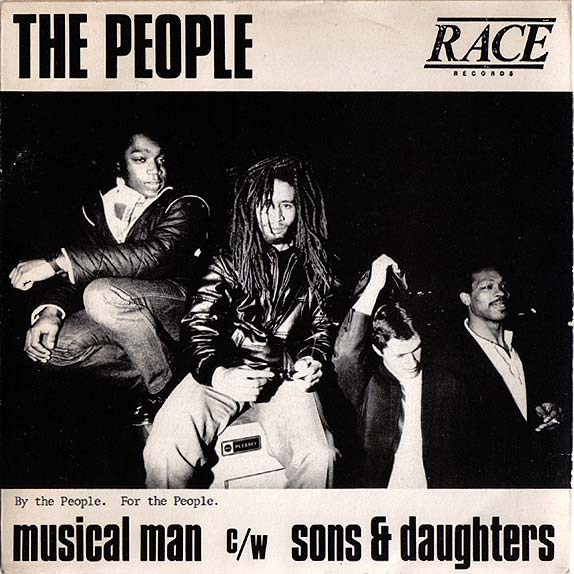 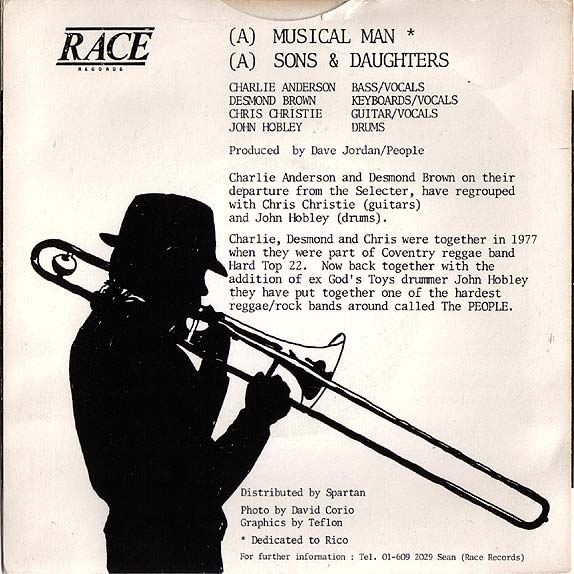 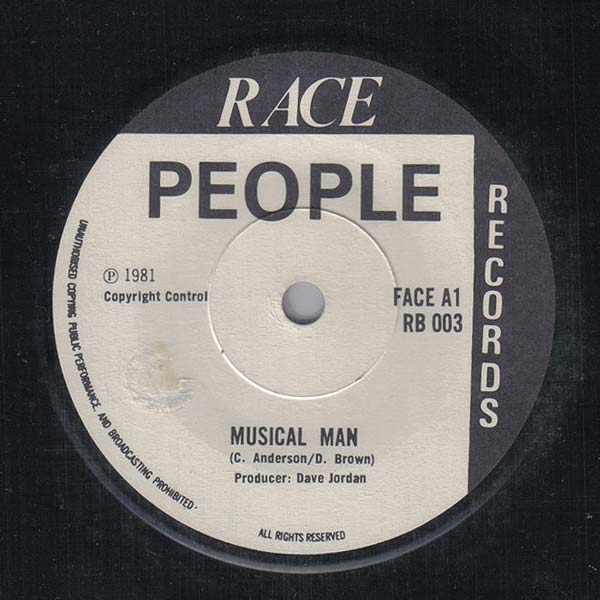 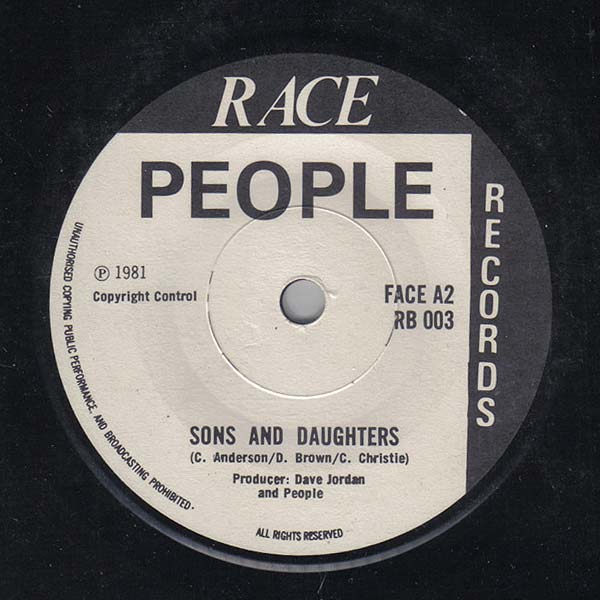 Many familiar names to the 2 Tone collector, The band features Charley and Desmond fresh from their departure from The Selecter. The single was released on John Bradbury's Race Records, was a tribute to Rico Rodriguez, with a cover designed by Teflon and was produced by Dave Jordan...

Early press reports on The People stated that the line up included original Specials drummer, Silverton Hutchinson, although for whatever reason he obviously didn't make on to this recording, the bands one and only single. Both tracks are rootsy reggae and the flip side Sons & Daughters has bassline not dissimilar to Sting's 'The Bed's Too Big Without You'.

Race Records was one of the many side projects that various members of The Specials were involved in during the period of late 1980 to mid 1981, when the band more or less took a sabbatical from recording. Other releases on Race Records included singles by Team 23 and Night Doctor, all of which failed to chart.

Neville Staple also launched is own label, Shack Records, but again despite the 2 Tone/Specials connection releases on the label by the likes of 21 Guns and the wonderfully named Lieutenant Pigeon failed to sell in any great quantities.

Jerry Dammers was also busy during this period as he set about working on his version of a Bodysnatchers track which become the first post Specials single, The Boiler.