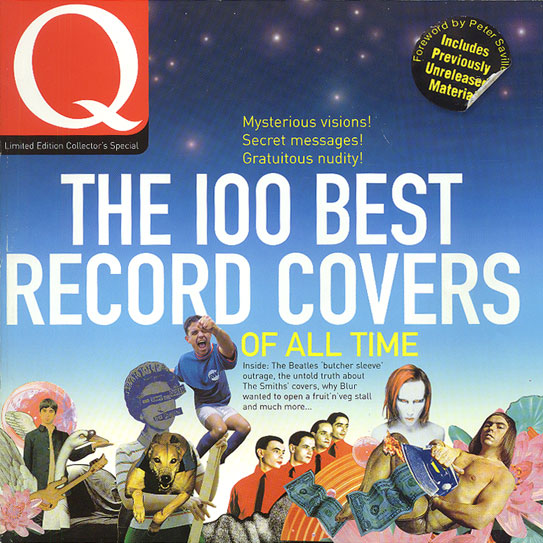 The Q 100 Best Record Covers Of All Time - is only really included here as a curiosity for collecors, the article is just a two pager, with one page taken up with a photo of a 2 Tone single in the company sleeve. The article is a (brief) interview with Jerry Dammers, where he discusses his thought process for the design, the source of Walt Jabsco's moniker and his annoyance at the "2" on the logo of the company sleeves. There's also a quick chat with Hunt Emerson, The Beat's designer, who indicates how his design was strongly influenced by Mr. Jabsco.