The Best Of 2 Tone 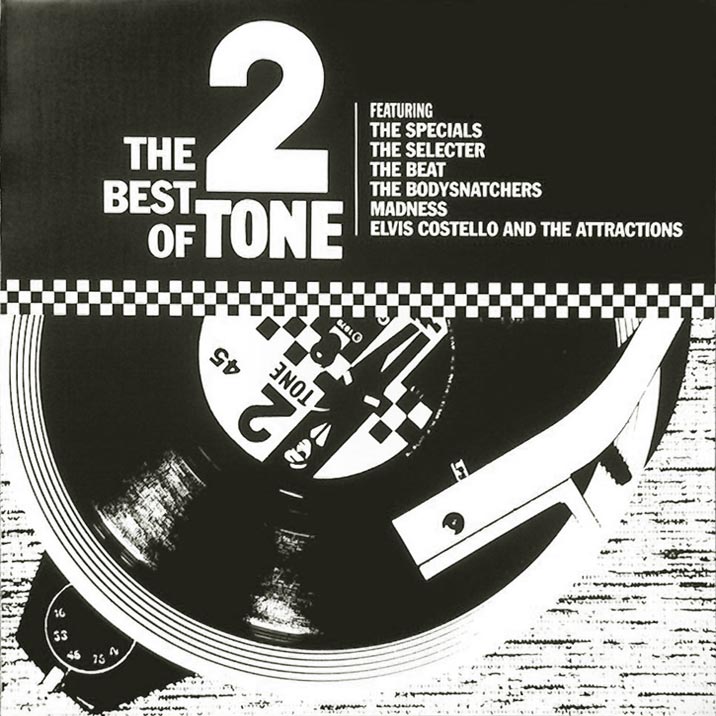 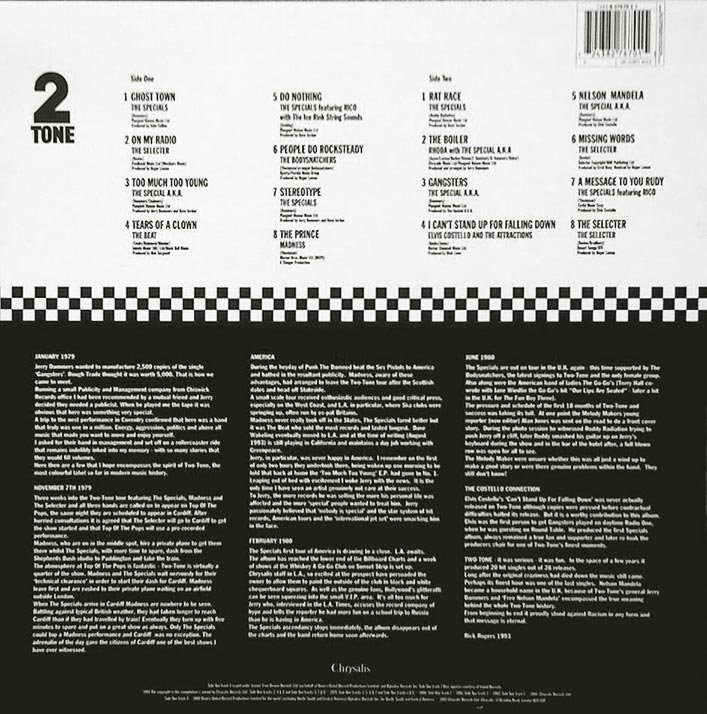 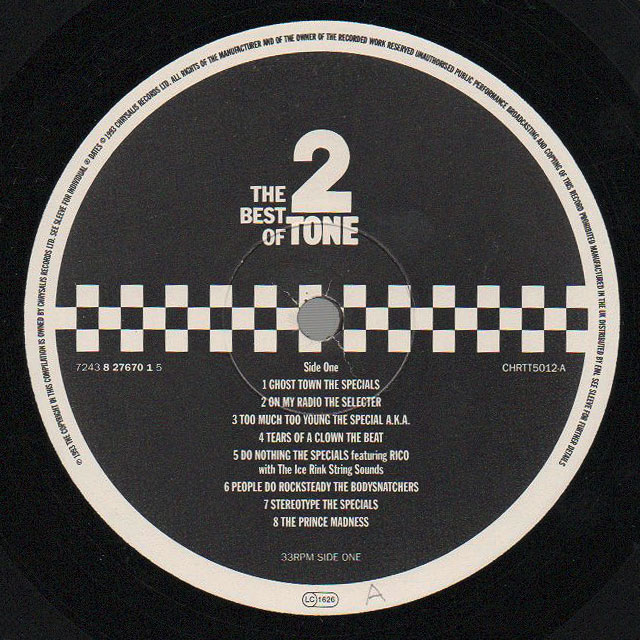 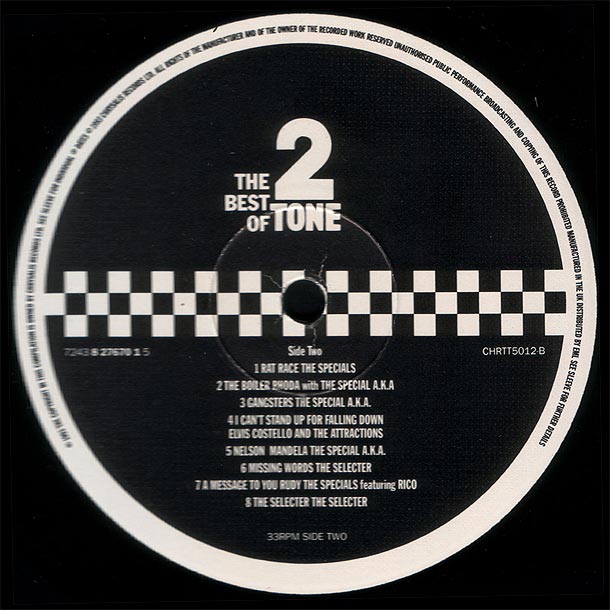 And just to wring the last pennies out of 2 Tone Chrysalis release yet another compilation from the labels back catalogue. This time with the imaginative title The Best of 2 Tone with The Specials/Special AKA featuring on exactly half of the 16 tracks contained on the album. All tracks were chart hits for the label ('The Boiler' had the lowest placing of 35) with the exception of the single 'I Can't Stand Up for Falling Down' by Elvis Costello, which failed to gain official release.

Specials manger Rick Rogers provides sleeve notes which give an abbreviated year by year account of the label's development. Issued on all formats this was the last album to be released on the label.