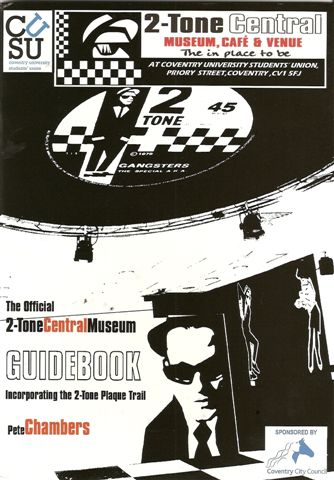 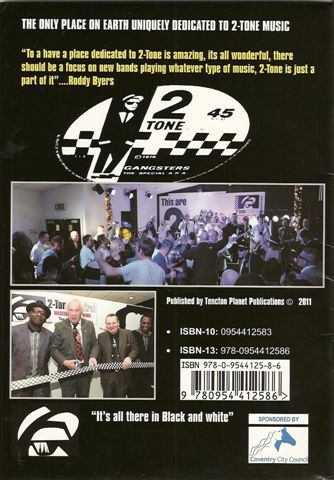 Pete Chambers continues his sterling work on the history and legacy of 2 Tone in its hometown by opening 2 Tone Central at Coventry University's Student's Union. The venue itself operates as a museum, café and also hosts live music.

This A5 publication is the official guide to the museum and is very will put together indeed. It begins with a brief, but concise, history of 2 Tone by Specials biographer, Paul Williams and then continues with a piece by Pete himself outlining the many trials and tribulations of seeing the project develop from the initial planning stages to the reality of actually seeing the venue open. And it looks like no detail was spared either with John 'Teflon' Sims being drafted in to design the site logo.

The guide contains numerous photos of some of the museum pieces, all of which will no doubt be of interest to visitors of this website. Gold and silver discs, as well as items of clothing, have been kindly donated by past band members, but perhaps most mouth watering for 2 Tone vinyl junkies is the slight variation of the hand stamped 'Gangsters' sleeve. Neol Davies pressed a copy up for himself that read 'The Selecter Vs The Special A.K.A Gangsters' which was thought to be a one of a kind until a visit to the museum by Jerry Dammers revealed that he too had also pressed himself up a copy.

The guide finishes with a 2 Tone Plaque Trail, which is based around the author's original idea of a tour around various locations in Coventry that are of historical importance to 2 Tone. This time the trail concentrates on the eleven plaques that were erected at many of those original locations and included in the guide are some of the photos taken on the day which the plaques were revealed by band members past and present.