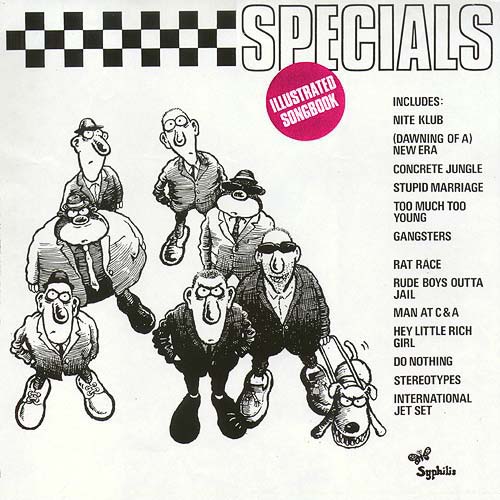 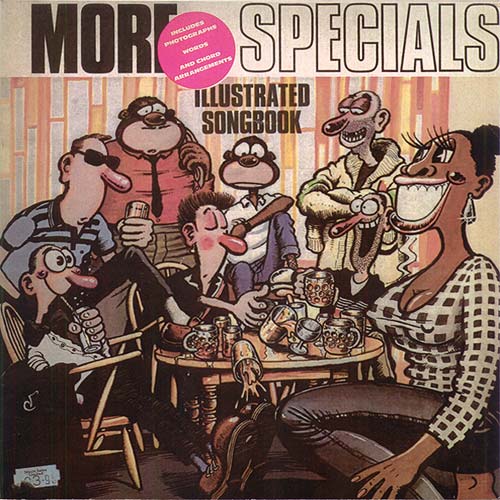 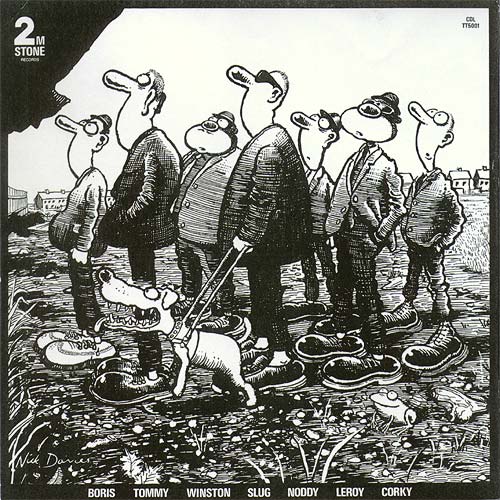 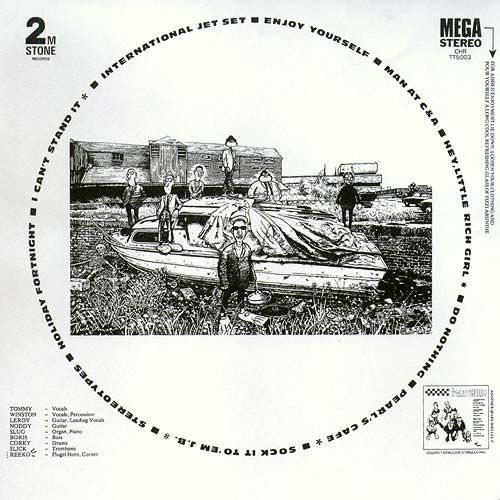 The Specials Illustrated Songbook is a selected collection of songs from The Specials back catalogue complete with amusing and highly original cartoon artwork for each track and many band photos included. The book was the brainchild of illustrator Nick Davies (who went on to illustrate The Special AKA's Girlfriend sleeve) and graphic designer Ian Haywood, who approached and got the blessing of Jerry Dammers. Published in 1981, it is highly sought after by collectors and is well worth tracking down, though prices can sometimes spiral out of control on some auction websites.

"I.Haywood is Ian Haywood, a friend of mine who co-produced the book. We went to the same school and art college (the Lanchester polytechnic in Coventry, where Jerry Dammers and Steven "Horace" Panter both went although they were 3 or 4 years older than us) Ian is a graphic designer and 'brand communication consultant' up in Coventry.