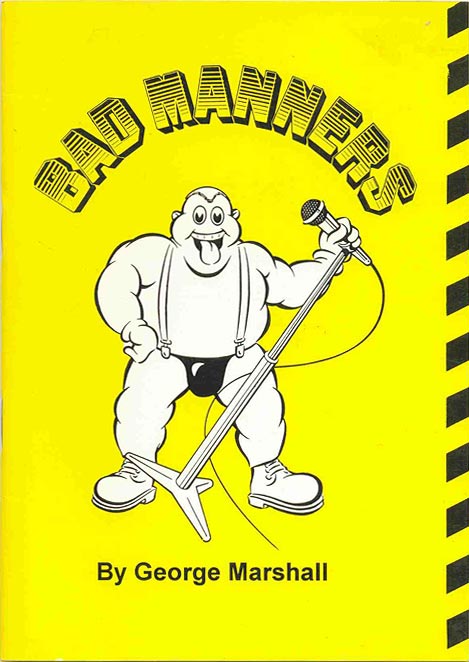 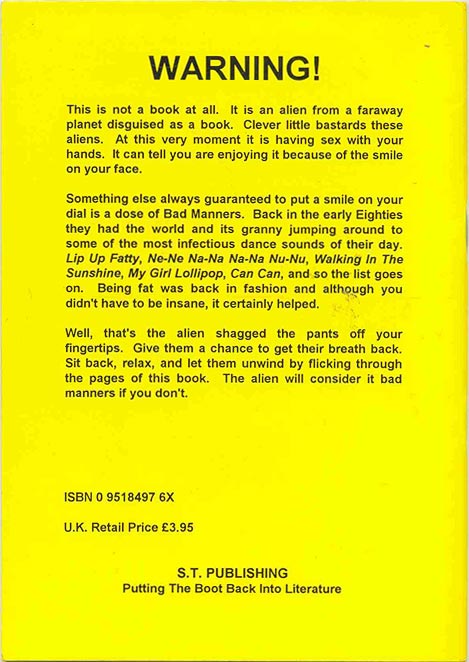 Yet another title from George Marshall via his ST Publishing set up. This time Doug Trendle and the boys get the authors usual affectionate yet objective treatment. The books spans the bands career from the early days in 1976, when the band went under such great names as Stoop Solo and The Sheet Starchers, to the disastrous dealings with Portrait Records and finishes with the ill fated attempt to revive the Blue Beat label.

The book begins on something of a sour note with the author outlining Busters objections to the book, or indeed any book on Bad Manners, on the basis that no one from the band was involved in the project. Buster must have been expecting something of a hatchet job on the band, but once again George Marshall's produces a book in a style which any band would be proud of.

The book was given away free with the first 1000 copies of Total Madness (again by the same author) and then given very limited commercial release for a bargain price of £3.95. Ignoring the author's bizarre notes on the rear of the book, this is as good an account of Bad Manners as there is.