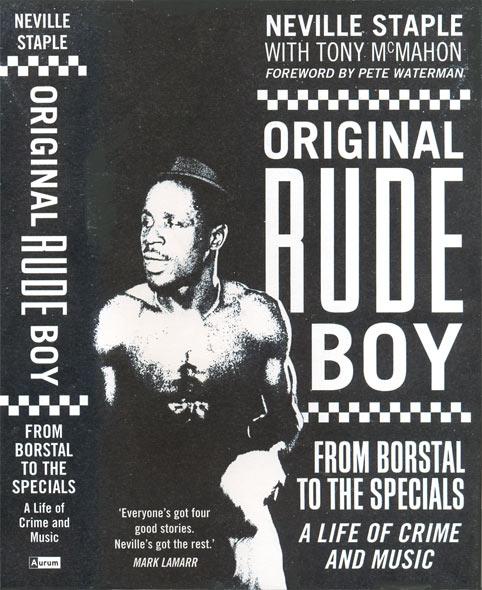 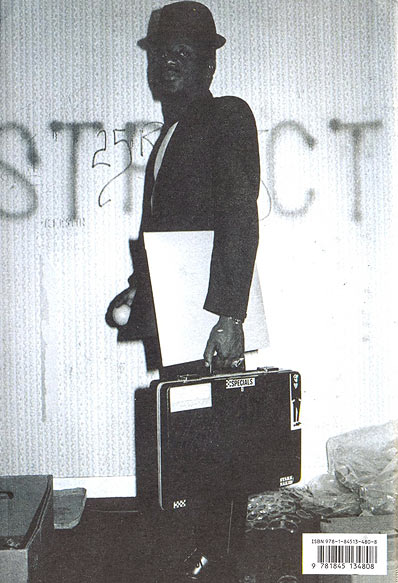 After Horace Panter, Neville Staple aided by journalist Tony McMahon, becomes Special Number 2 to commit his time with Coventry's finest to print. As Neville himself admits, his background is poles apart from that of Horace, and unfortunately, that also extends to the quality of both party's books. Original Rude Boy lacks much of the charm and wit of Horace's account, and instead seems to try to shock the reader with frank accounts of animal cruelty, sexual prowess and criminal activity.

Neville traces his story back to his place of birth, Christiana, JA, (where he is fully convinced that he saw a unicorn!). His time in Jamaica is littered with some shocking acts of animal cruelty and this questionable relationship with animals rears its head again in later chapters where he recalls (with, it must be said, some amout of glee), his time working in a slaughterhouse in England.

Upon his move to Coventry, Neville goes on to tell us how he teamed up with future Specials roadies, Trevor Evans and Rex Griffiths and how he began a life of crime, which would see him placed in a borstal as well as spending a brief spell in the infamous Wormwood Scrubs prison. Housebreaking was the crime of choice, which he describes as "exhilarating" and "probably one of the biggest thrills you can get".

It was during his time in Coventry that Neville got to know future pop Svengali and first Specials manager Pete Waterman, who also writes the foreword to the book. Neville recounts how Waterman said he was inspired to start up his own label after witnessing the meteoric rise of the 2 Tone label, a thought that will no doubt send shivers down the spine of any fan of 2 Tone...

Neville recalls how a chance visit to the Holyhead Youth Club in Coventry, where he decided to investigate the rather strange marriage of punk and reggae which was emanating from behind a closed door, would lead him to becoming first a roadie then a fully fledged member of a band that would change is life forever.

Many boasts of sexual conquests accompany his retelling of the Specials story: a story to which he really adds few, if any, new revelations. However, it is interesting to read that he felt that "Too Much Too Young" reaching number one in the UK marked a turning point for the band: a turning point which would see some of the band members adopt a much more rock star attitude towards life.

The tales of racism endured by members of 2 Tone bands never cease to shock, especially when told by someone who was on the receiving end of them and unfortunately Neville has many such stories to tell.

The remainder of the book is taken up by his time with the Fun Boy Three, (upon which he sheds very little light), his move into the bhangra scene via working with a young Asian singer by the name of Johnny Zee and a rather irrelevant history of the rise of "3rd Wave Ska" in the US. There is also a retelling of the "Specials Mk2" story and a brief account of his solo career.

He devotes a chapter to his take on the 2009 reunion, in which he states that he's happy to a see a band that he (quite rightly) refers to as innovators, take on the mantle of a nostalgia act, and dispels any idea that this line up will record any new material, instead seeing the tour as "our pension - simple as that".

There are a few silly factual errors for the anoraks amongst us, such as Madness having released a single entitled "Prince Buster", Pearls Caf� being accorded single status in the discography and Rico Rodriguez twice being referred to as a saxophonist.

No one can deny Neville Staple's unique contribution to the sound and energy that was The Specials. It is impossible to imagine them without him. But it's difficult to ascertain exactly what he is trying to tell us about himself in a book with so little charm...