The 2-Tone Book for Rude Boys 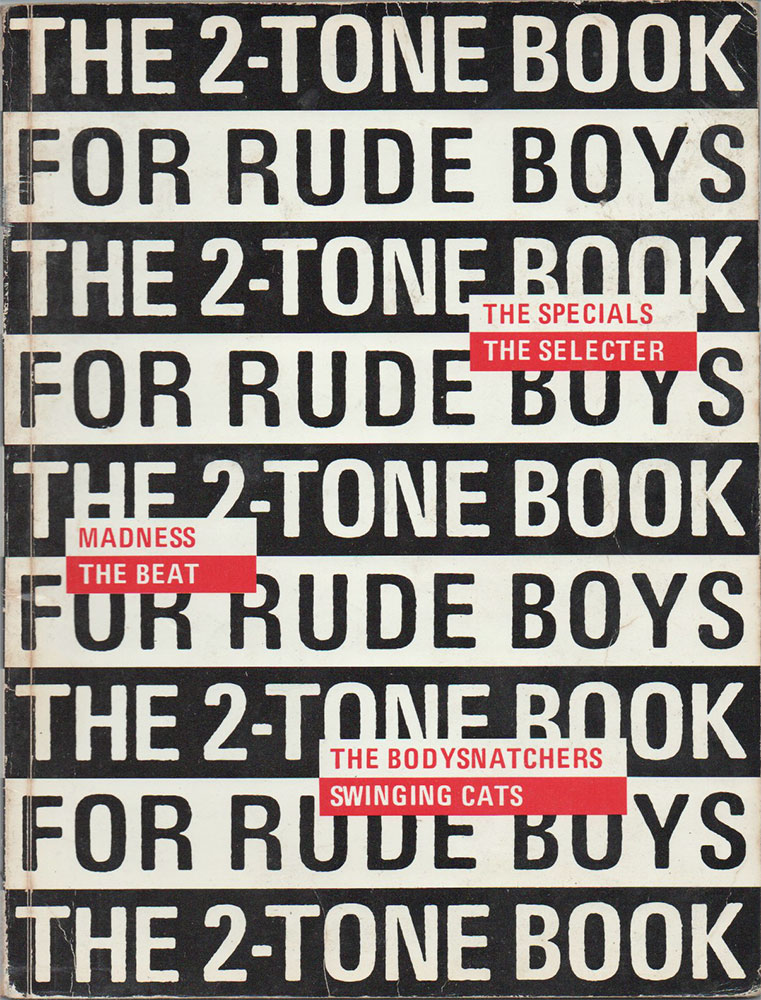 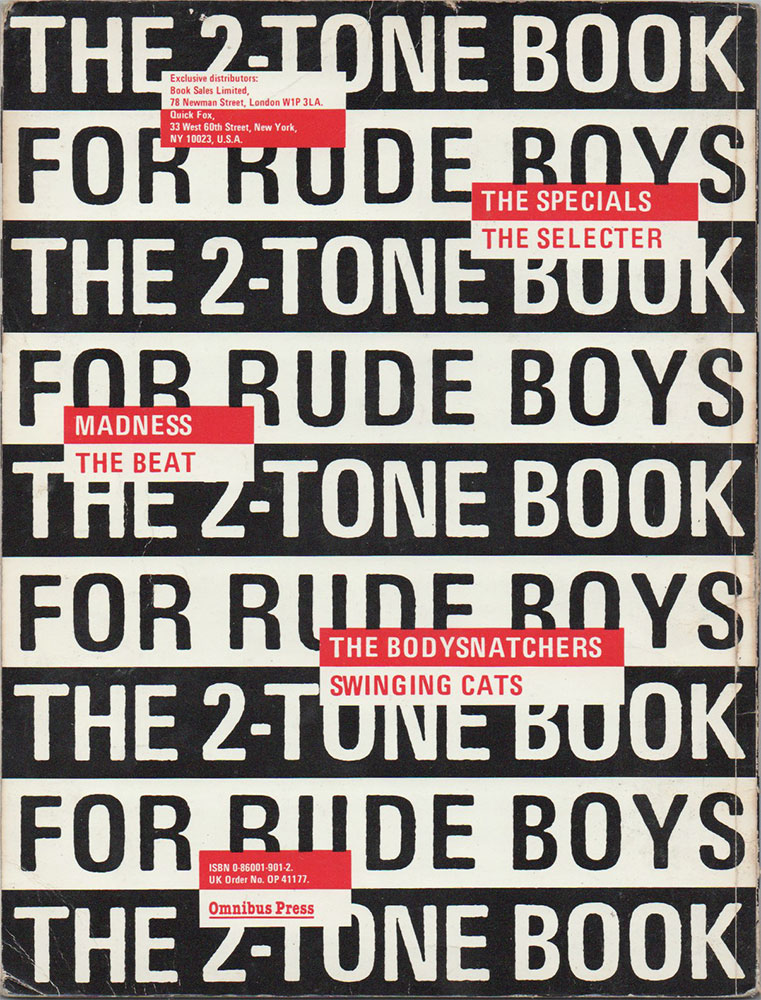 Anyone who has read this book will know just how confusing the layout is. The attempted scrap book layout fails to impress and the black and white layout of the text only confuses the reader even more.

Published in 1981, when 2 Tone was in a state of decline and only Rico and The Specials were the only 2 artists on the label, the book includes text and photographs of all bands who appeared on the label. The Swinging Cats get the least amount of space although by the time the book was published both they and The Bodysnatchers had already split.

A discography of the label is included along with each bands post 2 Tone material and to the author's credit the discographies include items such as the Costello single, Ready Mix for Radio flexi and the Don't Quote Me On That 12". Also of interest is a song mentioned by Jerry Dammers called Photo Love which failed to materialise during his time with both The Specials and The Special AKA.