The main instigator behind The Bodysnatchers was fruit and vegetable seller Nicky Summers. Nicky had caught The Specials at an early gig at the Moonlight Club in London and was totally bowled over not only by the music but also by the fact that the crowd seemed to be enjoying themselves so much. So impressed by The Specials was Nicky that she immediately set about forming a band. She placed an ad in the music press for like-minded musicians (The famous story of the replies to the Rude Girls Wanted ad has become a fable within 2 Tone circles) and things soon started to gather pace.

At first the band was a 4 piece but soon expanded to a 7 piece. Among the line up were a civil servant, a fashion designer, a lifeguard, a secretary, a freelance illustrator and a schoolgirl. As wide and varied as this group of people may have been they did have one thing in common; they could either just about play their instruments or for others it was as case of not been able to play them at all. Of those who could just about manage a few notes they were either self-taught or were given the occasional lesson by boyfriends etc and for those who couldn’t play at all they just “learned to play as they went along”.

Now that the line up was complete there was the matter of a name for the group and what material to play. They decided on the name Bodysnathers because they said “the music is body snatching” but deciding on what material to play was less straightforward. Although they had taken inspiration from The Specials and it was indeed their intention to play ska in its new 2 Tone form they found the pace of ska was too much for such an inexperienced group of ‘musicians’. Instead they opted for a slower style in the form of rocksteady. Now that the band had found a style of music within their somewhat limited capabilities they collected together a number of songs, which would give the band a set to play live. They choose some old reggae/ska songs to cover such as Monkey Spanner, OO7 and a song, which was to become their first single, Let’s Do Rocksteady. Also among their early set lists was a reggae version of London Bridge Is Falling Down. Once they were confident enough they composed their first original song, ‘The Boiler’.

The band got their first gig in November of 1979 at the Windsor Castle pub in London and at only their second gig were asked by The Selecter to support the band on their forthcoming tour. By the end of 1979 the nation was well and truly in the grip of 2 Tone fever and it wasn’t longer before the music press was suggesting that The Bodysnatchers would be the labels next signing. So with only a few months experience behind them they were indeed signed to the label. Their signing didn’t exactly meet with universal approval within the 2 Tone camp, with some voicing concern about what lay in future for such an inexperienced band. Here was a band that by their own admission were not competent musicians and they were about to jump under the media spotlight which was waiting patiently for the labels first failure.

The Dandy Livingstone song, Let’s Do Rocksteady, was the choice for the bands debut single. For the b-side the band selected an original composition, Ruder Than You and producer on both tracks was Roger Lomas who was working with Bad Manners at the time. While the band were on tour with The Selecter the single entered the charts at number 44 and peaked at number 16 which earned them an appearance on Top Of The Pops. With a single in the charts and the 2 Tone connection the band received moderate media coverage and made the occasional television appearance such as the regional ITV programme ‘Alright Now’, where they were part of a special 2 Tone edition. The band also managed an appearance on ‘Tis’was’, the madcap Saturday morning children’s TV series where guests would feature extensively throughout each episode. Madness earned themselves a lifetime ban after their antics on the show. The band also found time to record two sessions for John Peel who had been a fan of 2 Tone from its inception.

The band had signed a 2 single deal with 2 Tone and for the second release an original was selected, Easy Life, and this time a cover version would appear on the b-side. The track chosen was Winston Francis’ Too Experienced and the resulting track stayed faithful to the original. Although the band were pleased with the single and it certainly deserved a higher position chart than it received (50), by this stage of 1980 2 Tone was beginning to loose its appeal with the record buying public. The Selecter had announced that they were quitting the label as they felt that 2 Tone had lost direction and with the labels next signing The Swinging Cats becoming the first 2 Tone single to miss the charts completely it was obvious that the label was no longer the force it once was. The band soldiered on regardless and managed a short headlining tour of their own and picked up the support slot on the Toots and the Maytals tour but by October 1980 the band had played their last gig at Camden’s Music Machine in London. The band cited ‘musical differences’ for their decline with some wanting to take a more political stance while others wanted to follow a more pop orientated career.

Rhoda and Nicky had intended to work together after the split but the idea came to nothing while 4 other band members found some success in the form of ‘The Belle Stars’. They recruited vocalist Jenny McKeown, bass player Lesley Shore and keyboard player Clare Hurst then set about recording a debut single, ‘Hiawatha’, which was actually an old Bodysnatchers original. The single didn’t exactly set the world on fire and it wasn’t until the band’s fourth single, ‘Iko Iko’, that the band made a dent in the national chart. They did manage an appearance on Channel 4’s music programme, The Tube, along with fellow ex 2 Toners’ Fun Boy Three, with both bands featuring in the brief retrospective on 2 Tone which was included in that particular episode. They continued to release singles including yet another Bodysnatchers track, ‘Miss World’, included on a 4 track EP, all of which met with limited success. The single, Sign of the Times, was their biggest hit but even this couldn’t save their career and their label, Stiff, soon dropped them.

Rhoda’s proposed band may have failed to materialise but she did go on to release a single with what remained of the Specials, The Special AKA. Rhoda had guested on The Specials second album and was more or less a member of the band throughout 1981, both performing live with them and appearing on Top of the Pops to promote The Specials second number 1, Ghost Town. She released the old Bodysnatchers song The Boiler under the title of Rhoda and The Special AKA which given its’ subject matter was never going to be a chart hit. Rhoda had been performing live with The Specials prior to their split and Jerry Dammers was working on the song with the intention of releasing it before the split was announced, and in fact the track became part of The Specials live set.

Rhoda became one of the few permanent members of Dammers next project The Special AKA sharing vocal duties with Stan Campbell. After the demise of The Special AKA Rhoda kept a very low profile although she did make the occasional guest appearance with artists such as Palm Skin Productions. 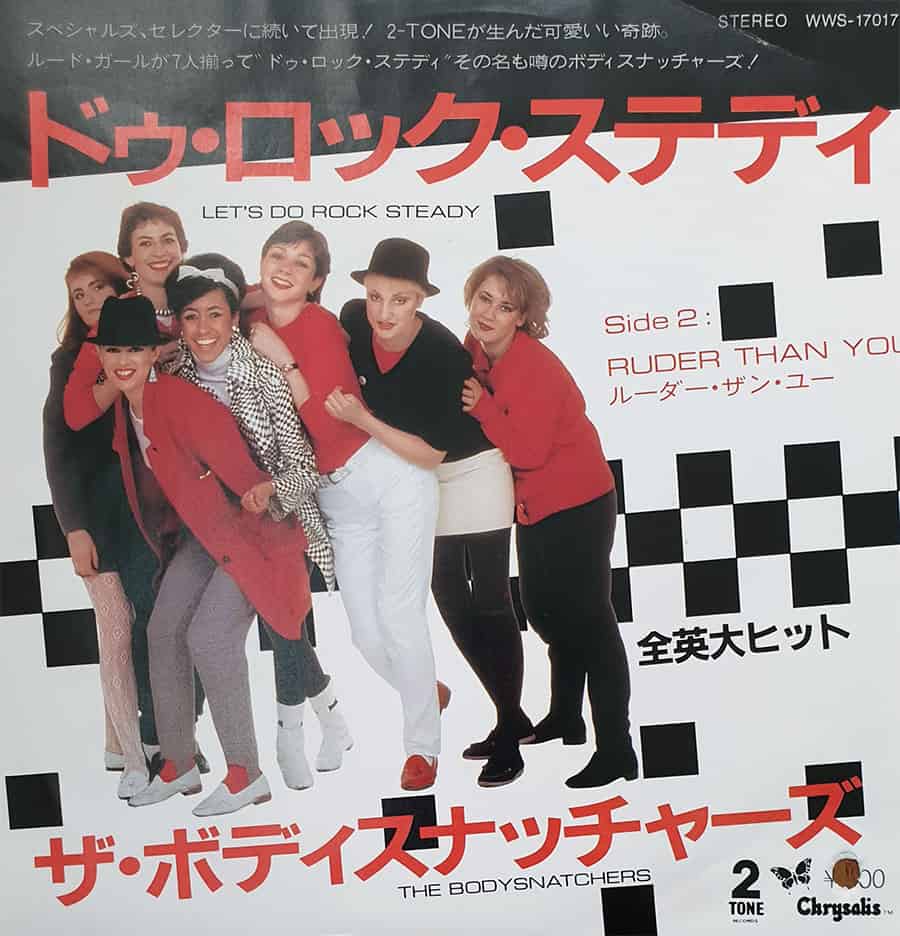 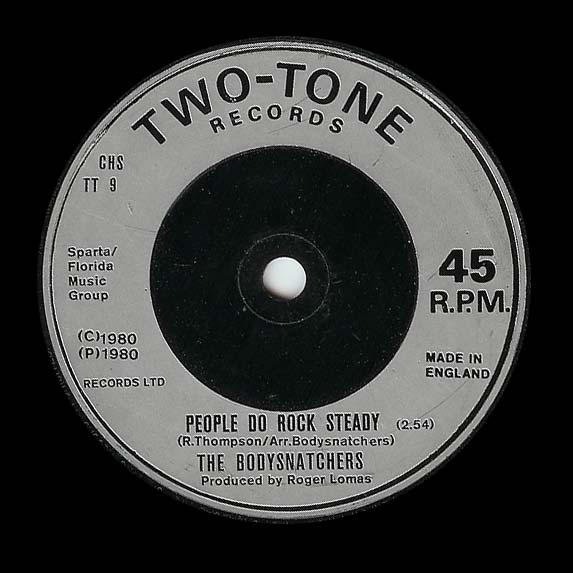 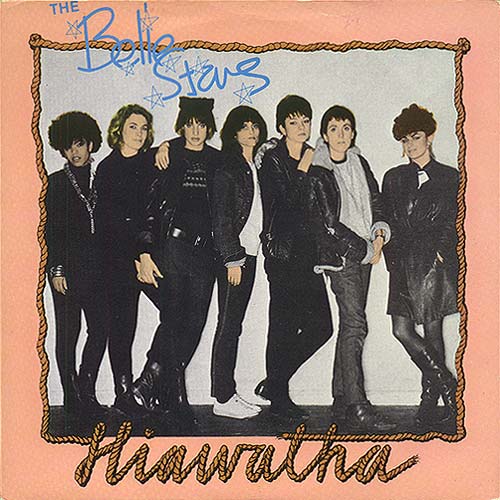 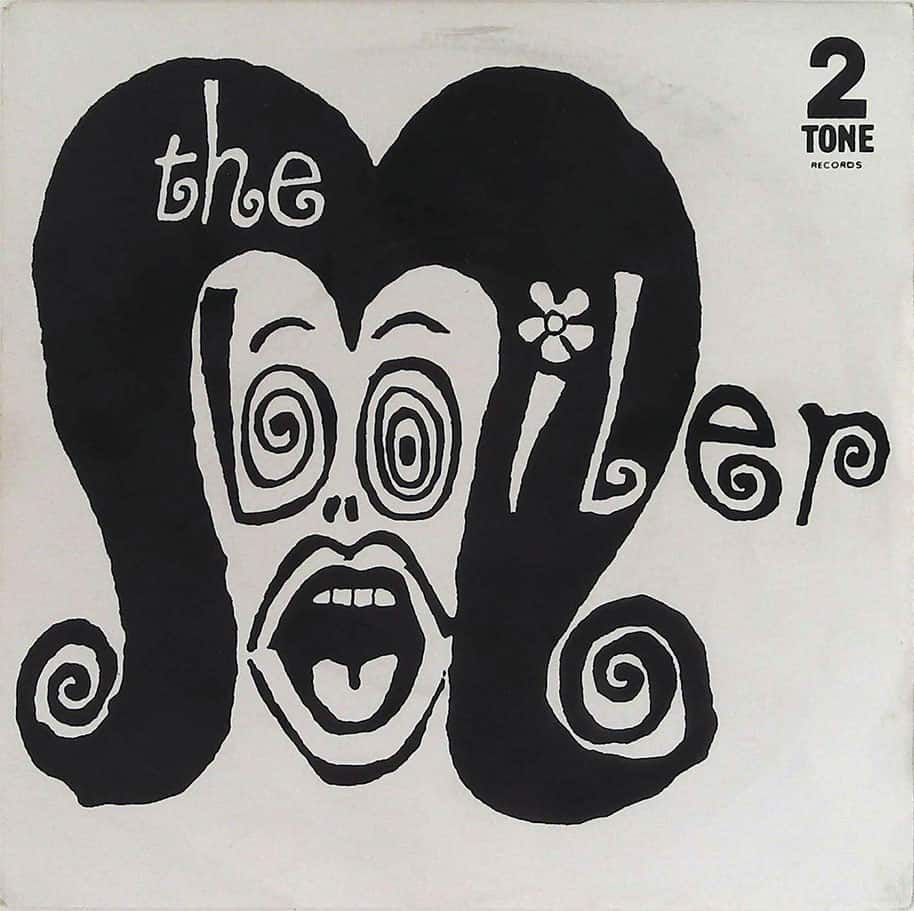