The Beat from The Street 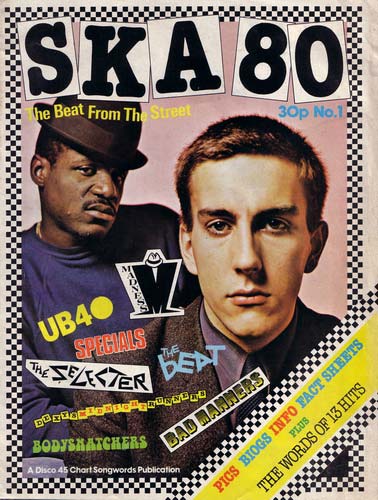 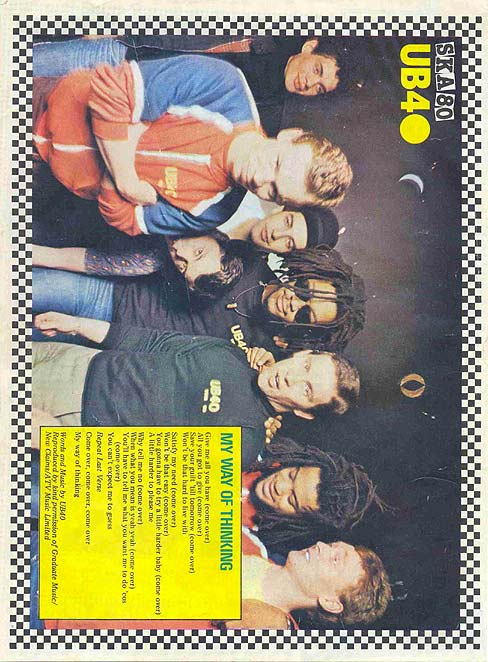 Published in June 1980 this rather slender magazine was obviously aimed at the younger side of the 2 Tone fan base. There is a brief biography of each band that either was once signed to 2 Tone or at the time of publishing still signed to the label. And at that particular time only The Specials and The Bodysnatchers remained on the label, with The Selecters departure imminent.

Bad Manners also get the briefest of mentions, with considerable more space assigned to Dexy's Midnight Runners (under the title 'Soul Ska?') and reggae outfit, UB40. As stated on the cover the magazine includes 'the words of 13 hits' and contains the type of ad for '2 amazing ska badge,tie'n'patch packs' which seemed to litter the rear sections of the majority of music papers at the time.

The photographs are the standard promotional ones which even by the mid 1980 had been reproduced countless times which only adds the quick cash-in feel of the magazine. This is the only issue of the magazine to be produced and it is difficult to imagine what the publishers had in mind for the future issues. They must have had some sort of plan as the cover proudly states 'SKA 80 No.1'.