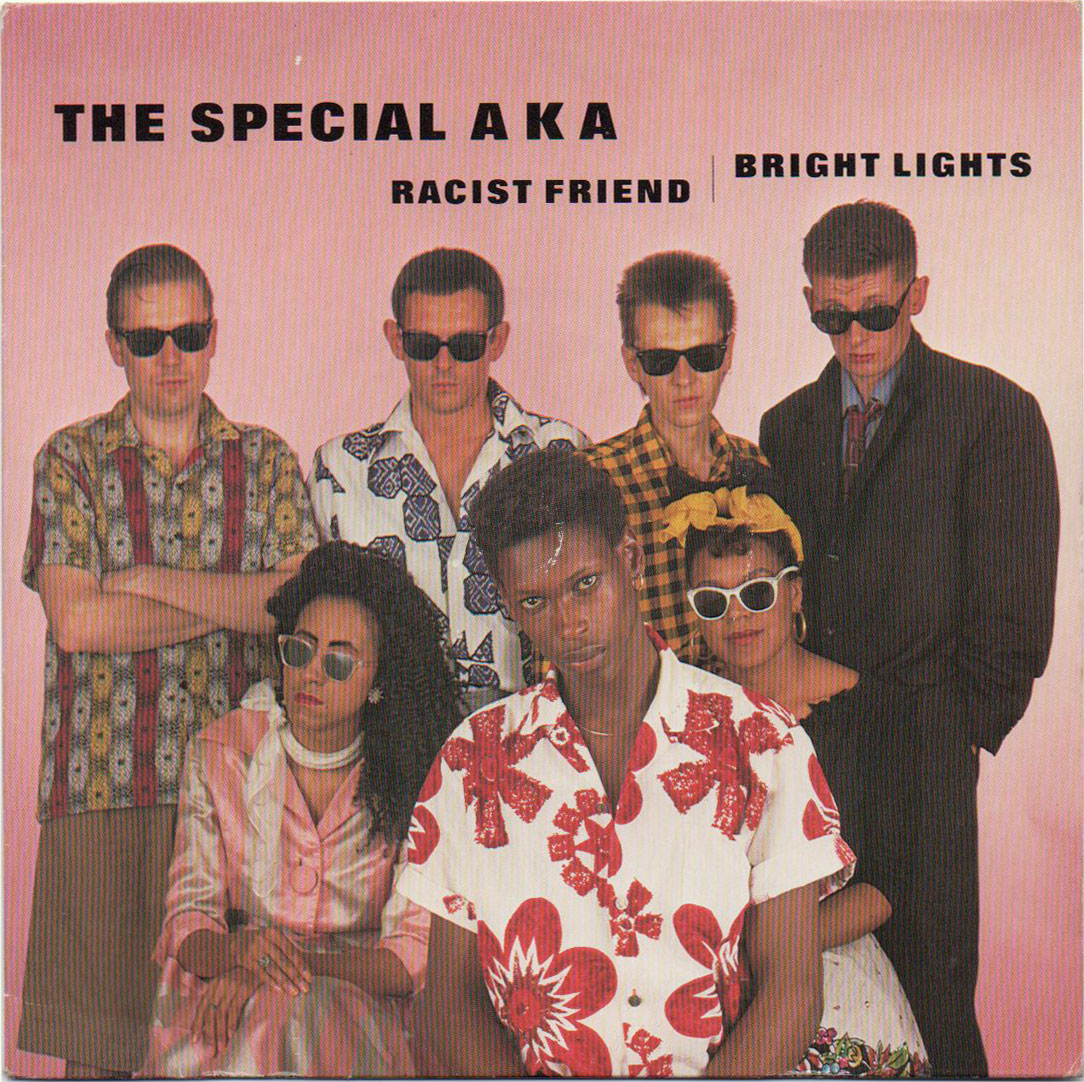 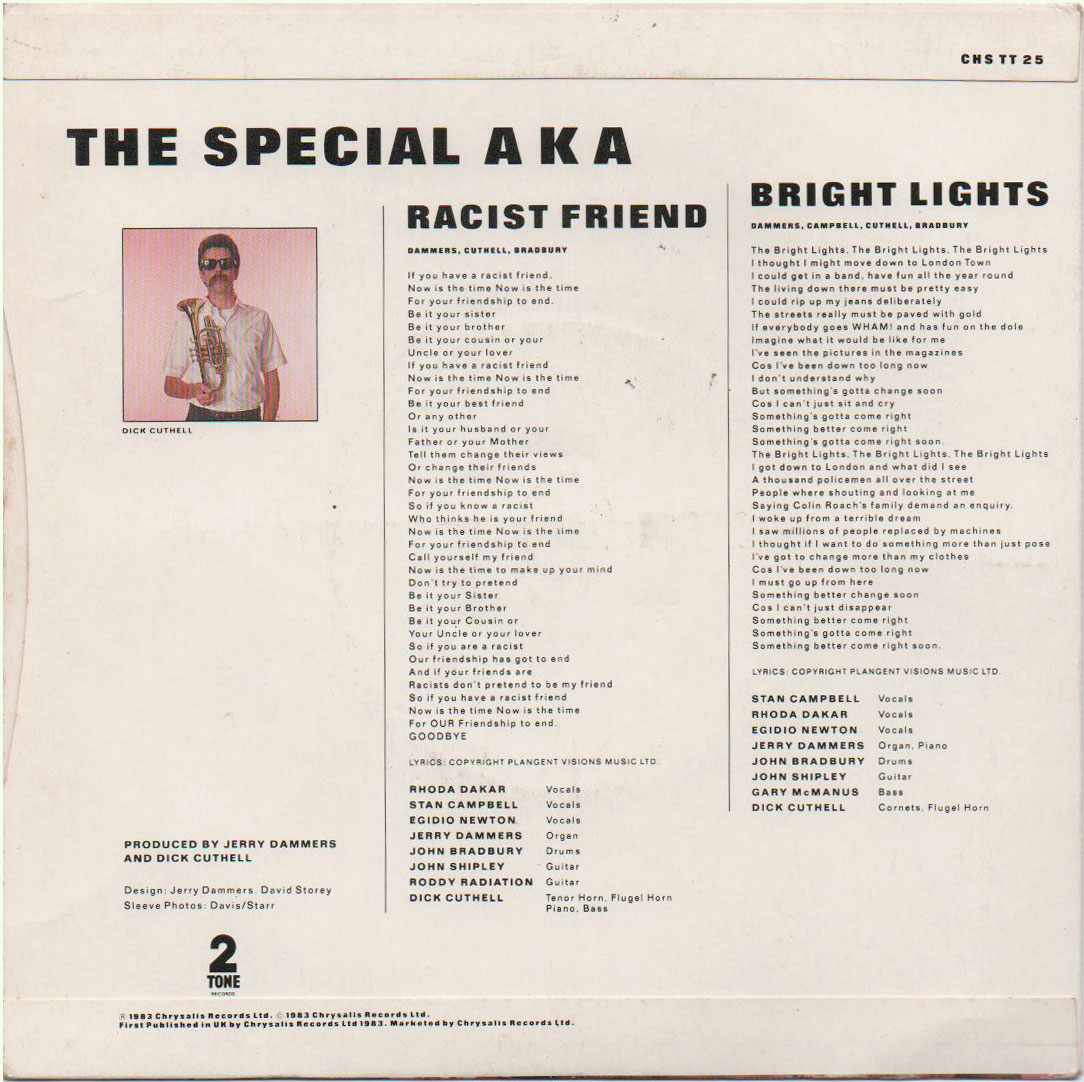 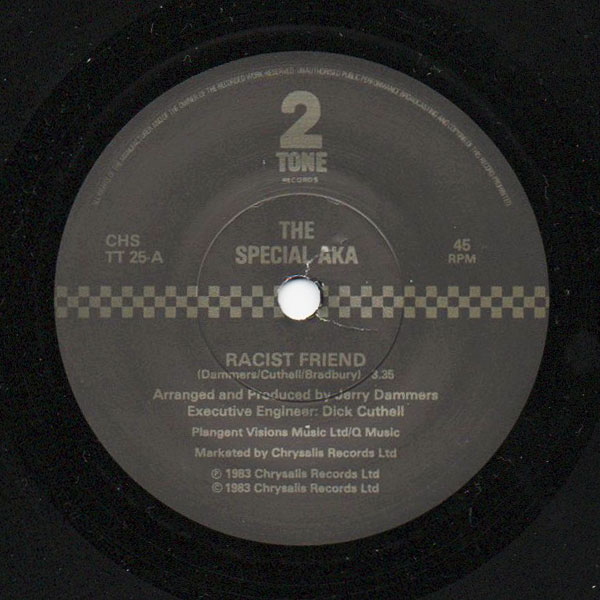 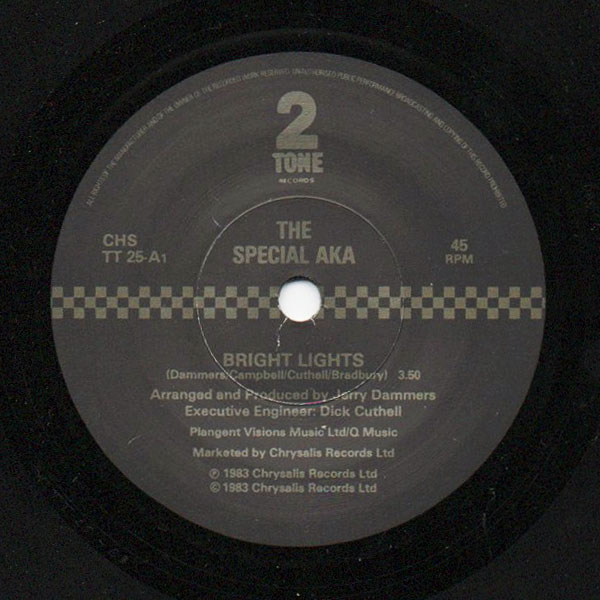 This double A side while musically more airplay friendly showed no compromise lyrically from War Crimes & The Boiler. Racist Friend allegedly was about when The Specials were starting to make it big, Dammers started to find himself surrounded by new "friends", who started eating up his time and prevented him seeing people who mattered. So he sat down with his address book and began to score out anyone who was a racist as a start to getting rid of the hangers-on.

Bright Lights cut through the 'London, Streets paved with Gold' myth and included a sharp jibe at Wham Rap by George Michael & Co. "Where everybody goes WHAM! and has fun on the dole"

The record made 60 in the UK charts, and Racist Friend featured the return of Roddy Radiation on guitar. 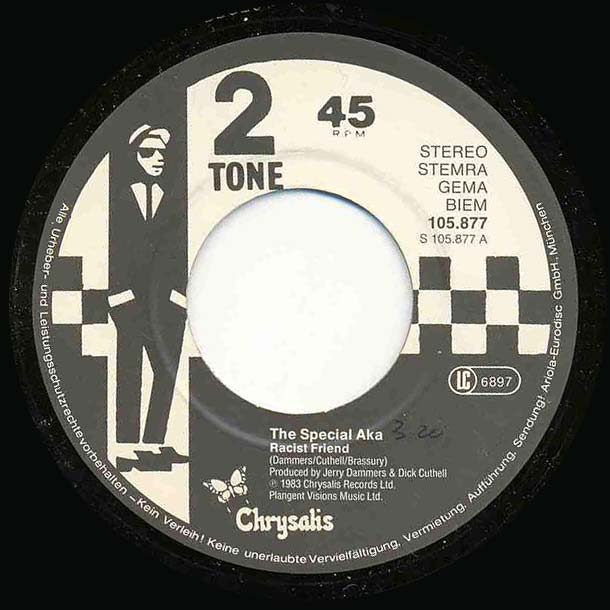 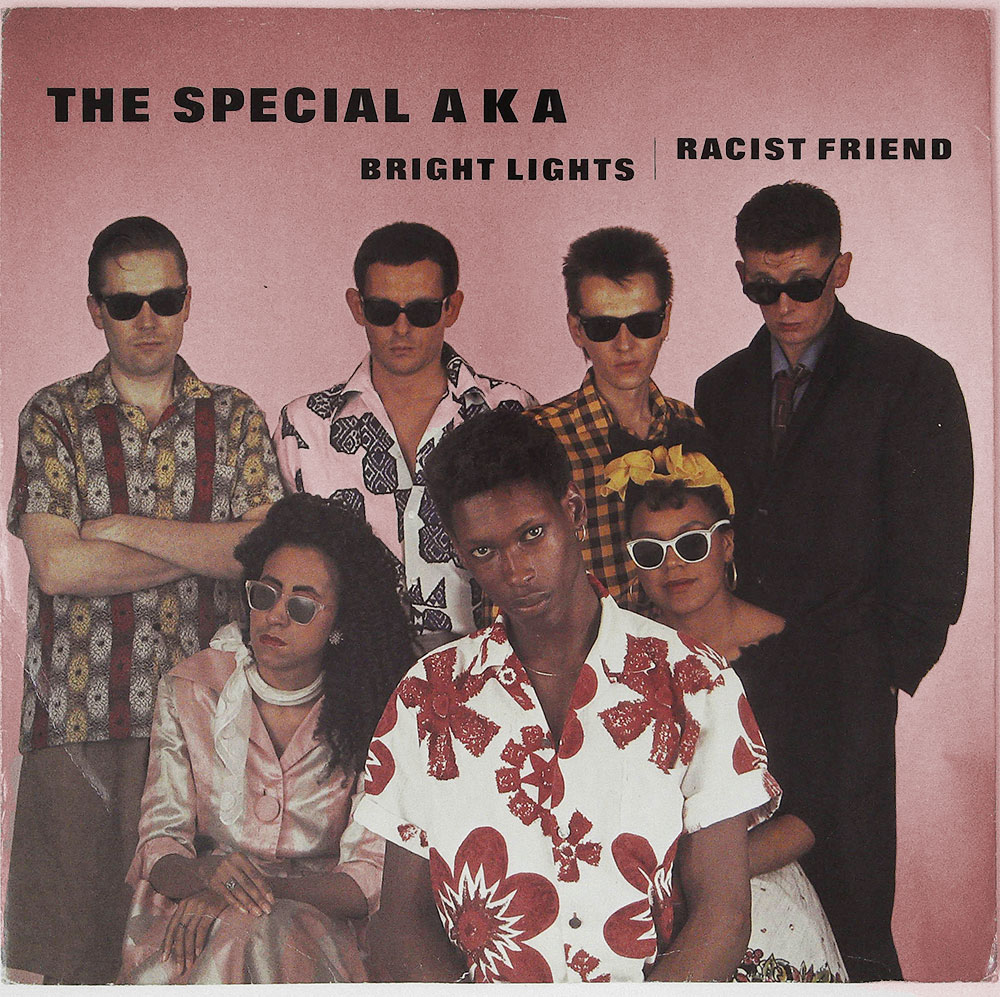 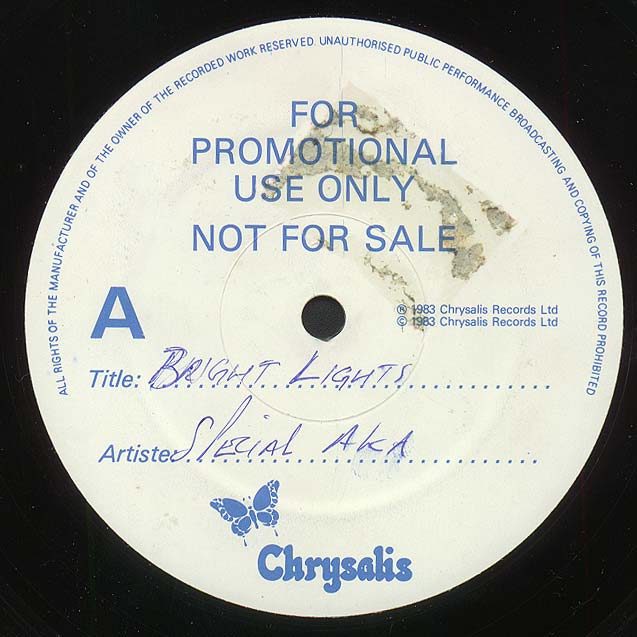 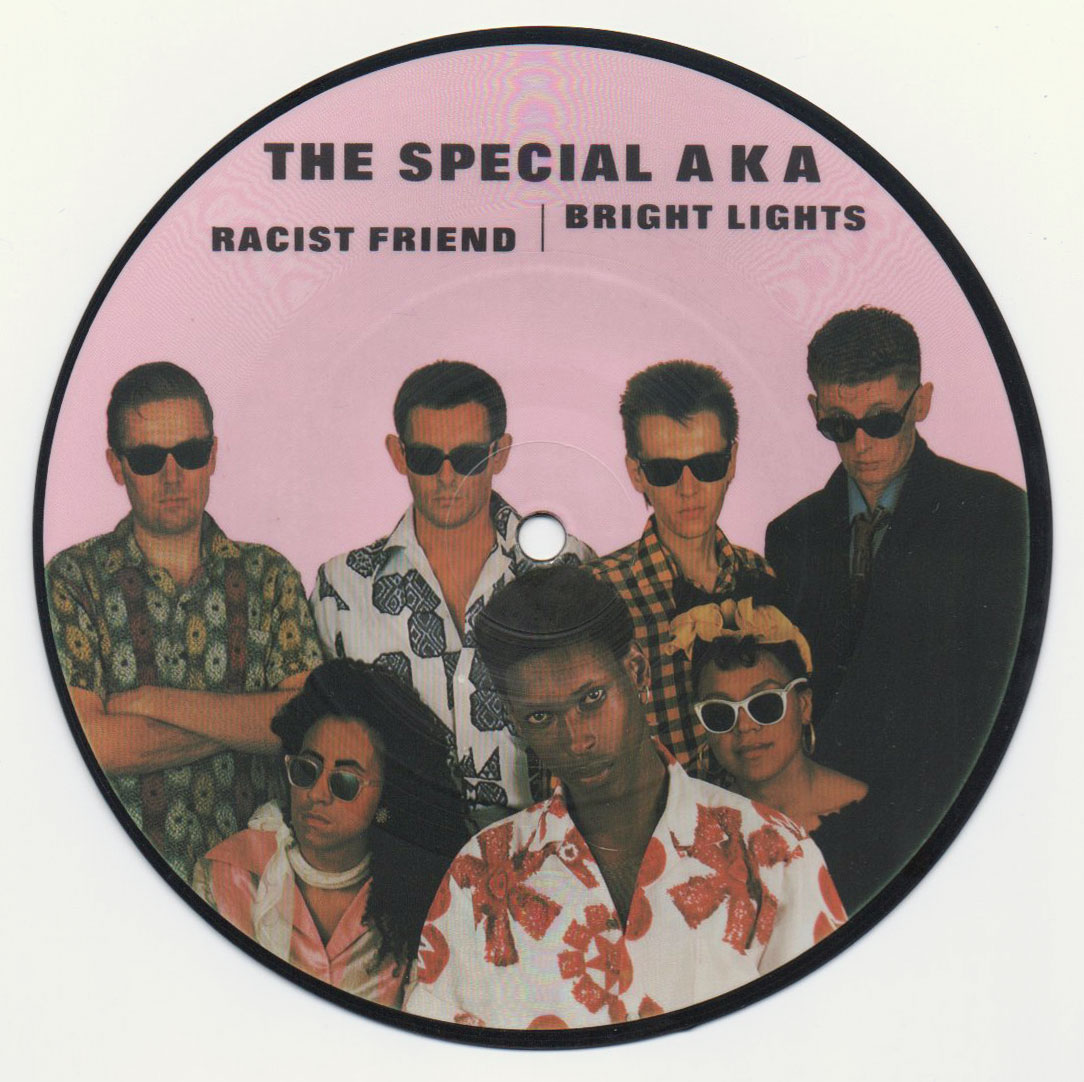 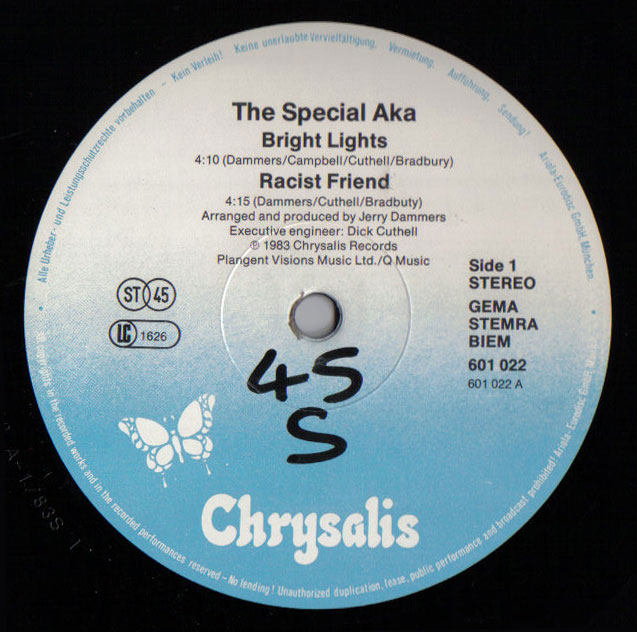