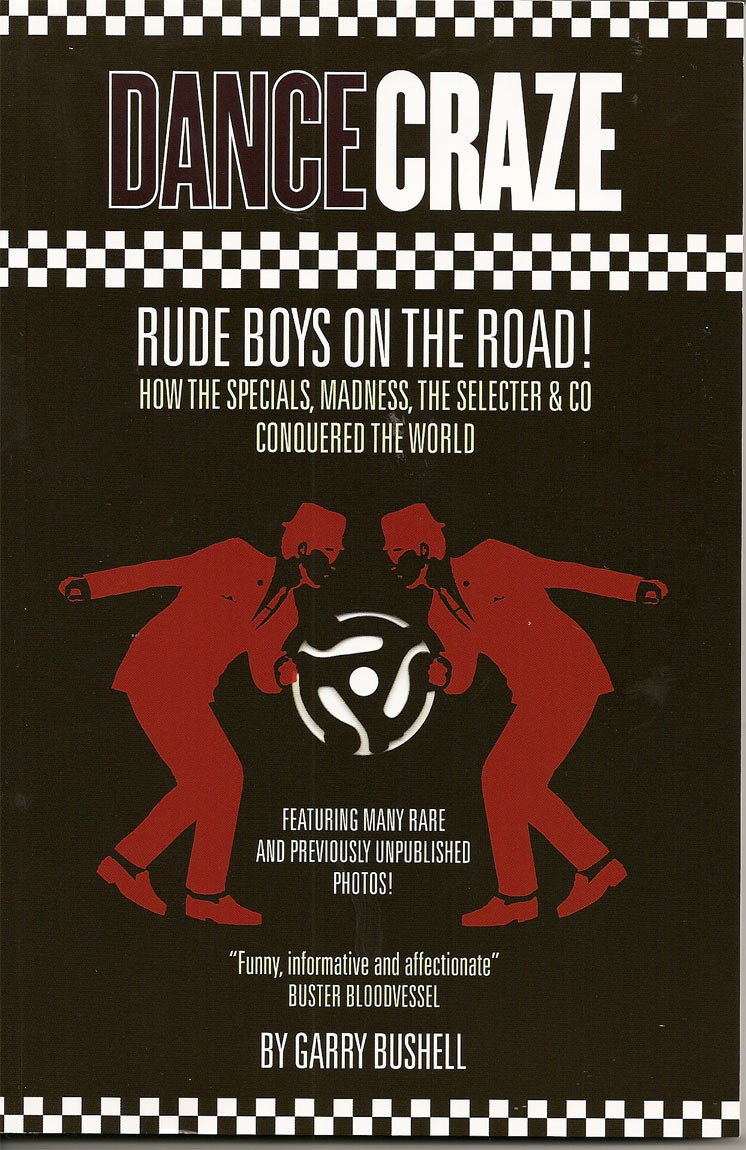 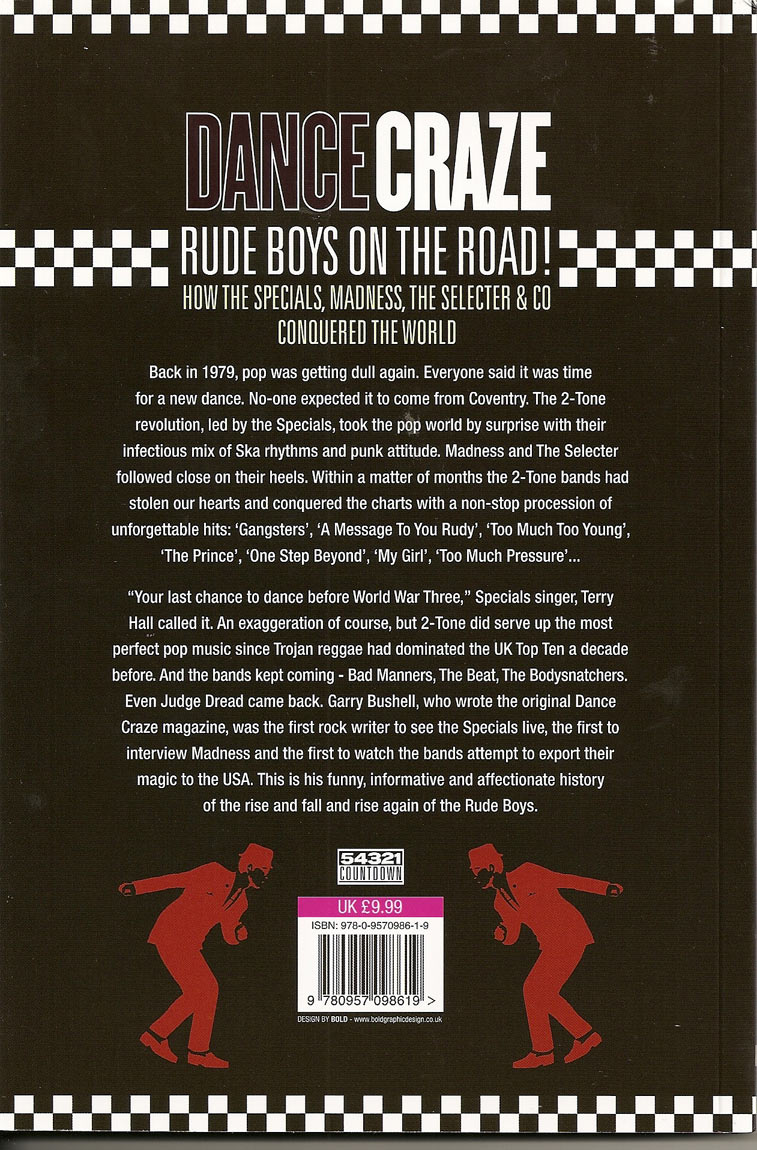 Rude Boys On The Road!

How The Specials, Madness The Selecter & Co. Conquered The World

Former Sounds journalist, Garry Bushell, had originally intended to re-print his 1981 Dance Craze magazine in book form but after some consideration decided that a re-write, update and expansion would do both the contents and bands involved much more justice. Some of the text from the original magazine is still intact, as the more eagle-eyed reader will notice. Also worth highlighting is the fact that large sections of text have been lifted directly from the chapter on 2 Tone from the book 'Hoolies' by the same author. Not that this takes anything away from the book, but it is something that the more discerning reader should be aware of.

All the main players from the 2 Tone era are included along with corresponding Sounds features from 1979-80. Perhaps most interesting is the report by the author of his time spent with The Specials in New York from March 1980. It was quite obvious that even by this stage all things 2 Tone were gaining momentum at an ever-more uncontrollable rate and that the inevitable burn and fall out was just around the corner. This is also the article that includes the infamous Jerry Dammers' quip about the tour in which he said he had "more fun on a school trip to Russia" which more or less sealed the fate of the band in the U.S.

There are some shocking tales of racism that the band experienced whilst in America, experiences that were shared by label mates The Selecter. A reprint of author's time with Pauline Black and Co. in Dallas 1980 is particularity menacing. Although why a photo shoot of the band at Southfork Ranch (of soap opera Dallas fame) was considered a good idea is anyone's guess.

A report on Madness at the tail end of the first 2 Tone tour makes for interesting reading as the band appear to be struggling with becoming a professional unit as well as how exactly to deal with the small Far Right presence at their gigs.

The author also has raided his archive for features on The Beat, The Bodysnatchers and Bad Manners, with the tale of Buster's bout of diarrhoea, which was linked to the sudden disappearance of his famous white boiler suit, quoted directly in all it's glory from the original magazine. Also dusted down are reviews of both The Specials' and Bad Manners' debut albums along with the second Specials long player. All of which quite rightly get the five star treatment.

There are chapters on the ska originators, skinhead/rude boy style, a great account of the often overlooked second 2 Tone tour and a concluding section on what the bands are currently up to. Scattered throughout the books are some great press ads from back in the day and bizarrely even some vintage ads for ferry and bus companies.