In The Studio | The Special AKA | 2 Tone Records 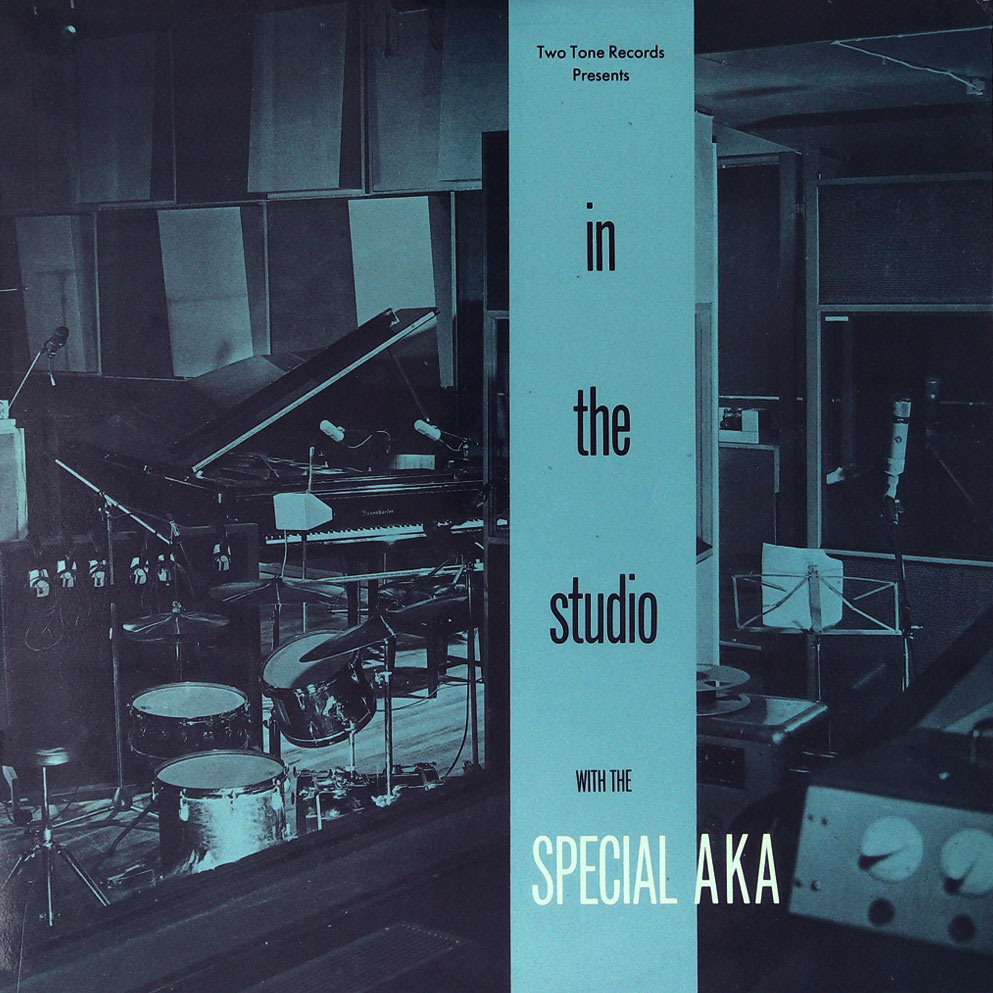 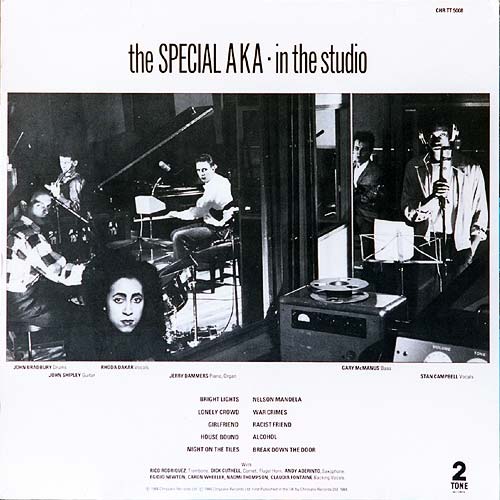 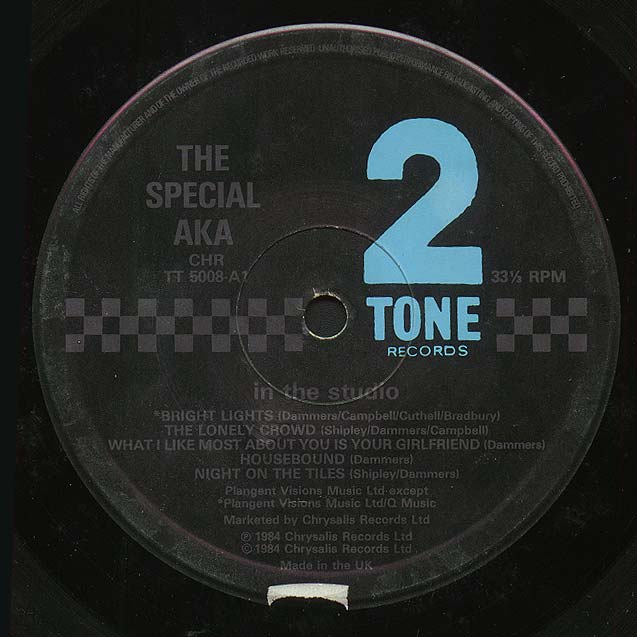 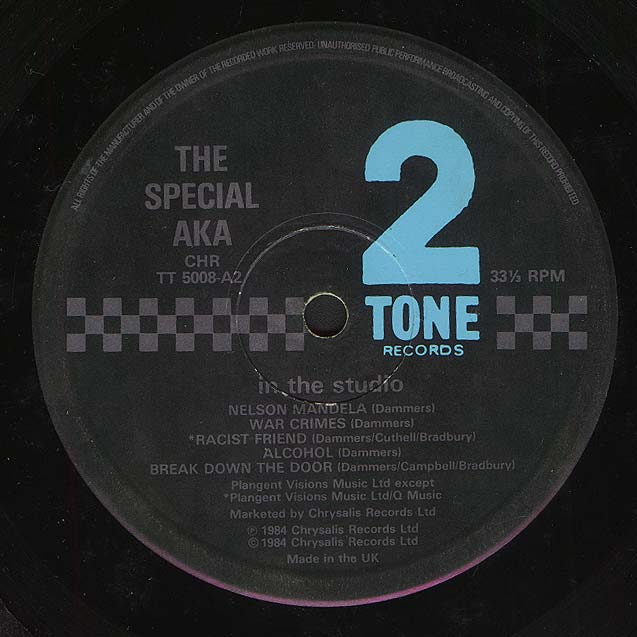 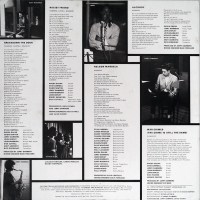 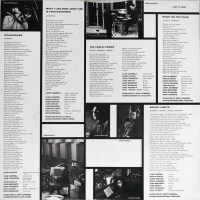 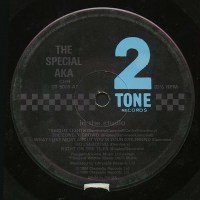 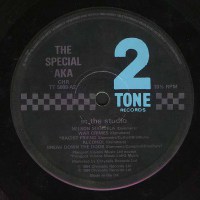 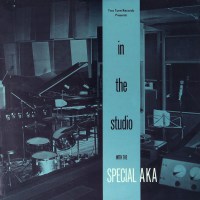 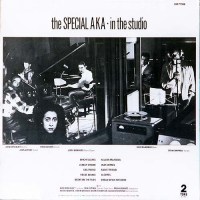 Voted by Record Mirror as the best album of the year, 'In The Studio's release was slightly tarnished by the fact that half the tracks were already available on singles that preceded it. It was a dark social commentary and despite being recorded over such a long period, sounded remarkably intact.

Of the tracks not previously available, Lonely Crowd was rumoured to be the follow up single to Racist Friend/Bright Lights, but was replaced by Nelson Mandela. Housebound was written about what Dammers felt was Terry Hall's excessive behaviour when The Specials found fame, in hardly venturing outside his door.

Night On The Tiles closed side one and possibly may have been a Swinging Cats original; the credit to Shipley/Dammers gives this idea further credence, and it always struck me as the odd one out on the album, though certainly not any lesser, it does sound more like the composition of a guitarist than a keyboard player.

Alcohol was the only track on side two that was unavailable elsewhere, although War Crimes was a different version than the single release. Alcohol was lyrically a very clear warning of the pitfalls of over indulgence, but musically is one of the high points of the album, with a dusky jazz club feel, and intimate vocal by Rhoda Dakar, along with Girlfriend it showed Dammers still at his creative best, and leaves us wondering what might have been had he produced more music including the alleged planned follow up single "You Can't Take Love Seriously".

Described by Dammers as "an album of different traps warning people about them", he was justifiably pleased with the record, "This LP's a once in a lifetime thing, I love messing around in the studio, but unless I build my own, I'll never get the chance to do it again. I can't afford it."

Although contracted to issue three more albums for Chrysalis, the financial costs of 'In The Studio' exceeded the budget for all three, Chrysalis were frustrated at the losses, and with The Special AKA refusing to go on the road, the band just slipped out of sight, without an official word ever announcing a split. 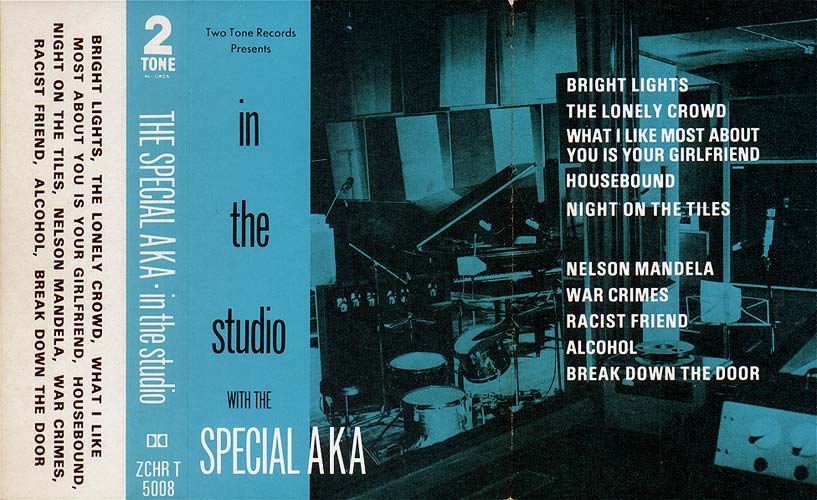 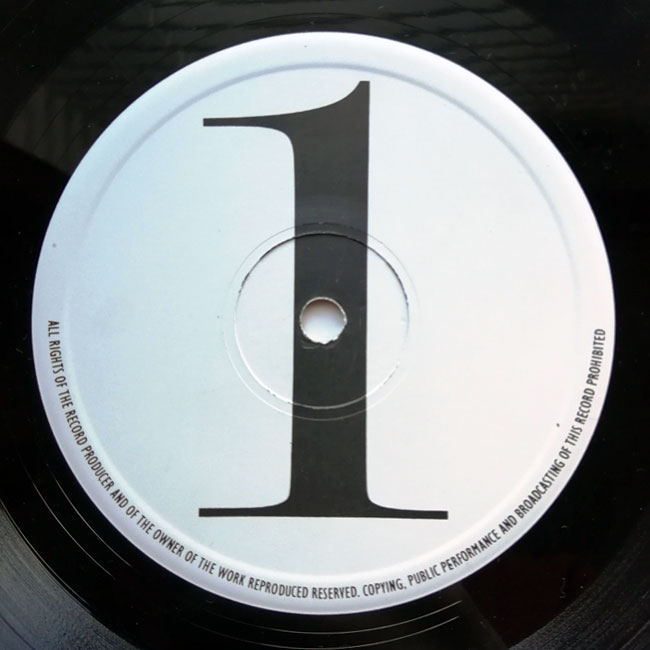 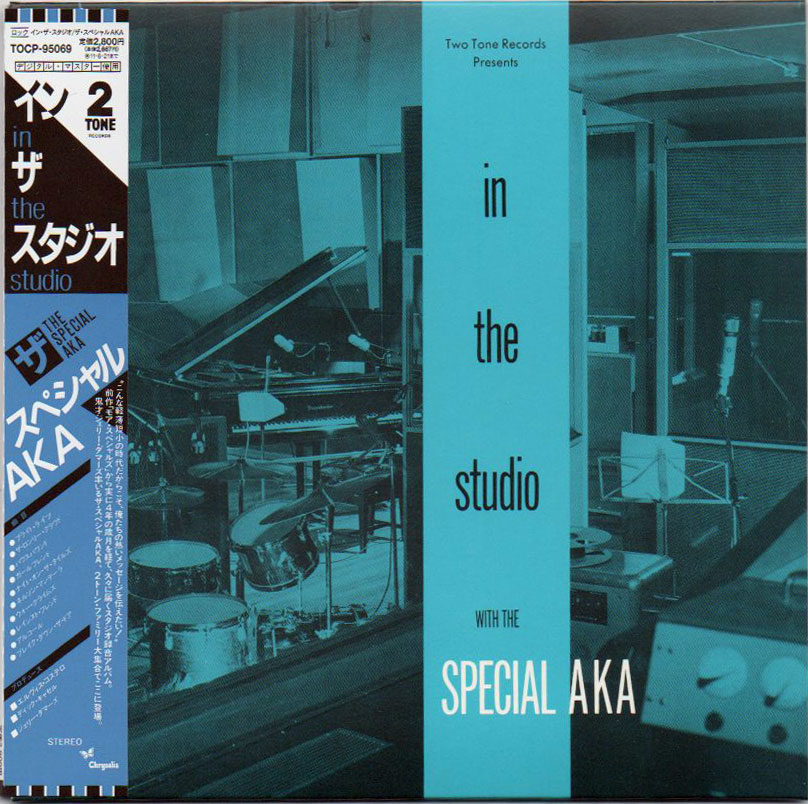 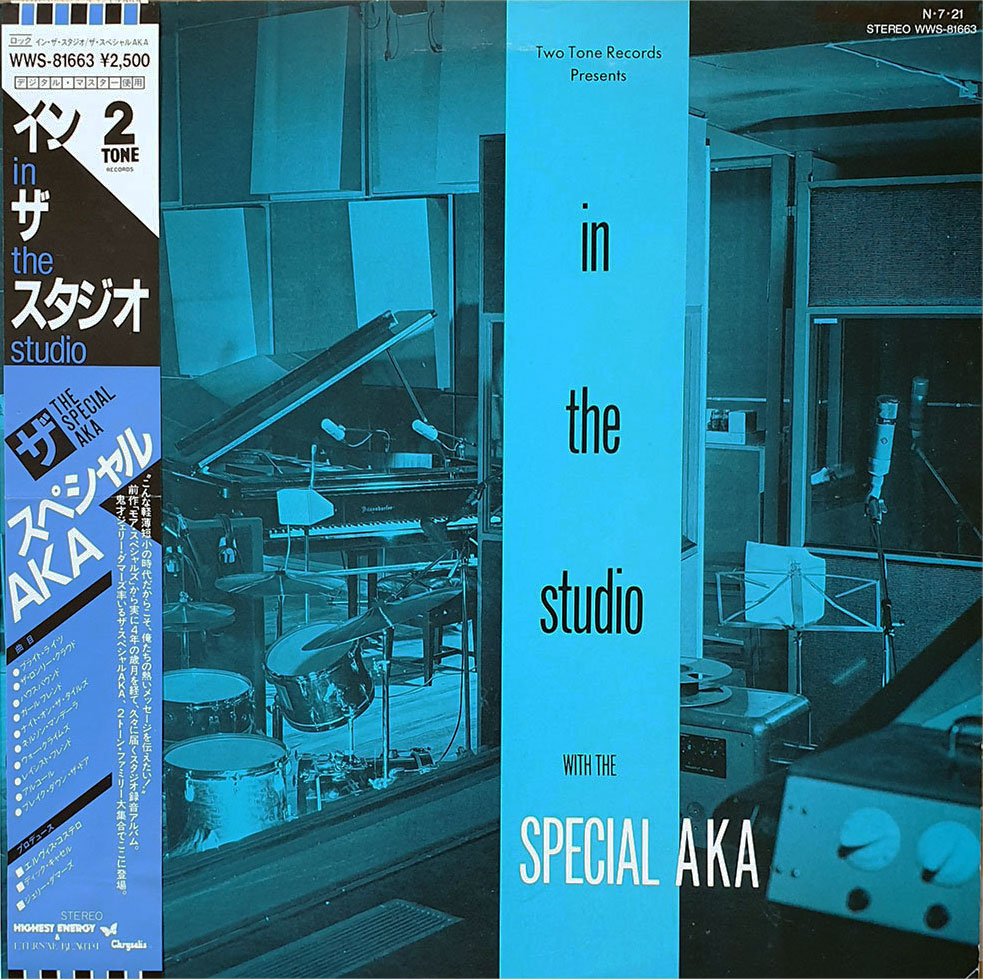 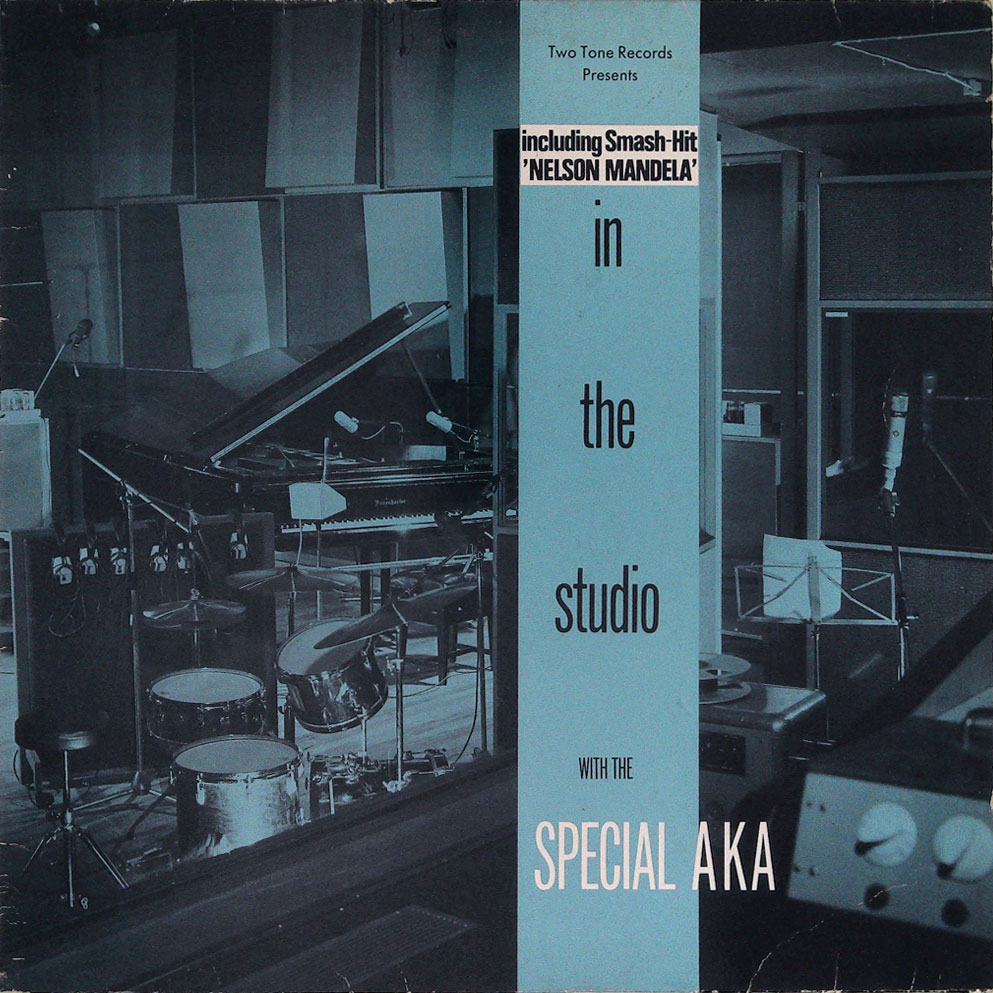 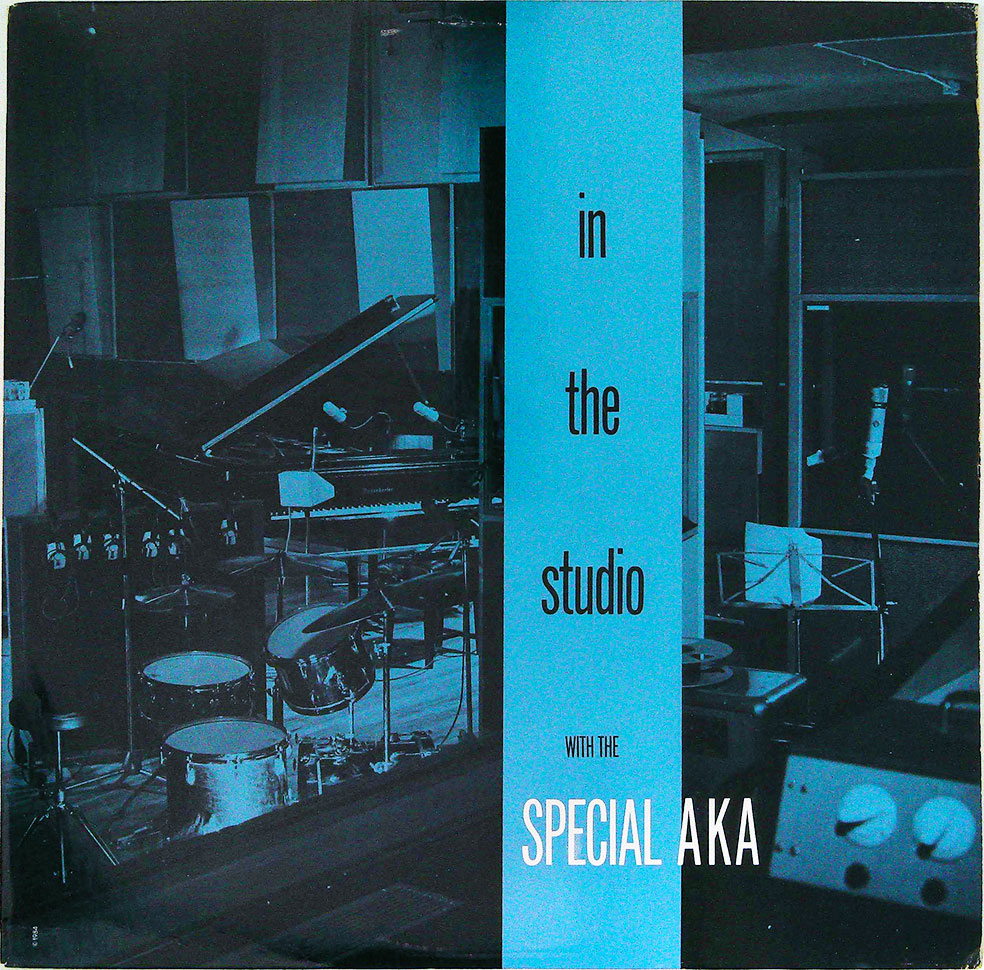 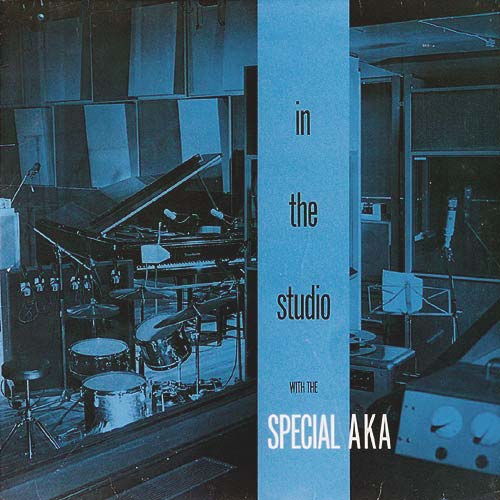 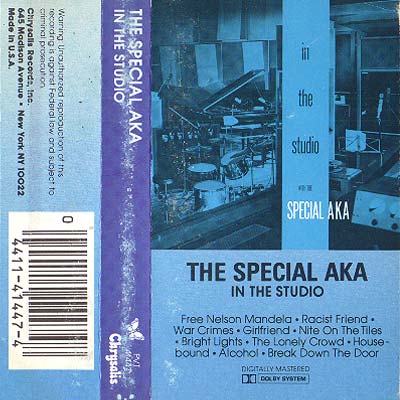 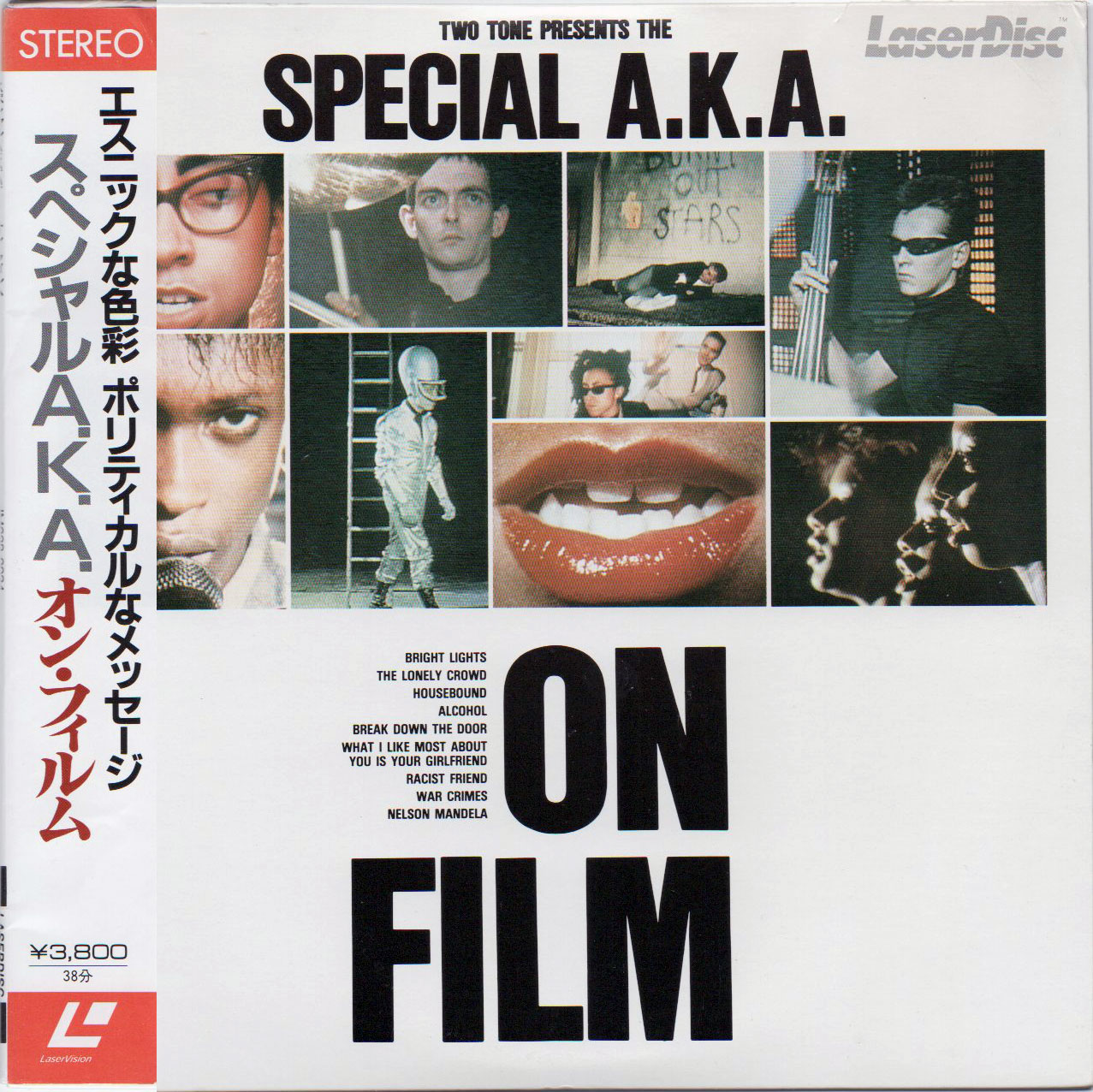